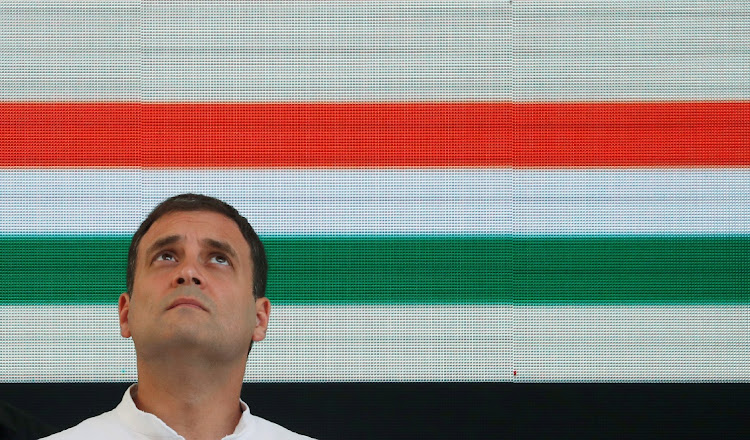 Phones belonging to Gandhi and India’s chief election commissioner, Ashok Lavasa, were identified as potential targets using the spyware in the lead up to the 2019 general polls, the Indian National Congress alleged. It cited media investigations into a leaked list of potential targets of NSO, whose spying tool Pegasus allows clients to infiltrate phones and monitor text messages, camera feeds and microphones.

“Is spying on India’s security forces, judiciary, cabinet ministers, opposition leaders including Rahul Gandhi, journalists and other activities through a foreign entity’s spyware not treason and an inexcusable dismantling of national security?” Congress spokesperson Randeep Surjewala said at a press conference in New Delhi.

Surjewala raised questions about whether Modi or home minister Amit Shah had contracted NSO and how much money had been spent on the spyware.

The Prime Ministers Office did not immediately respond to calls or emails seeking comment, however his government addressed the issue in parliament today.

The nation’s newly-appointed technology minister Ashwini Vaishnaw, whose phone was among those listed as compromised in a Washington Post report, denied any surveillance attempts by the government.

“Let us look at India’s established protocols when it comes to surveillance,” Vaishnaw told parliament. “Any form of illegal surveillance is not possible with the checks and balances in our laws and robust institutions. In India there is a well-established procedure through which lawful interception of electronic communication is carried out for the purpose of national security.”

The investigation by the Paris-based not-for-profit Forbidden Stories, including digital forensic analysis by Amnesty International’s security lab, was shared with a media consortium that includes the Washington Post and other outlets.

Among the findings is that the spyware was used to target the smartphones of both the wife and the fiancée of murdered Saudi columnist Jamal Khashoggi. Their phone numbers appeared on a list of more than 50,000 numbers, which the consortium said were possible targets for surveillance by governments using Pegasus.

Also on the list are phone numbers of overseas journalists for news organisations, including CNN, the Associated Press, Voice of America, the New York Times, the Wall Street Journal, Bloomberg News, Le Monde in France, the Financial Times and Al Jazeera in Qatar.

To understand what is happening requires an understanding of some recent international tax history, writes Peter Dachs
Opinion
4 months ago

An undervalued currency and prudent macroeconomic policies, plus lessons from India, should help the country survive
World
4 months ago
Next Article