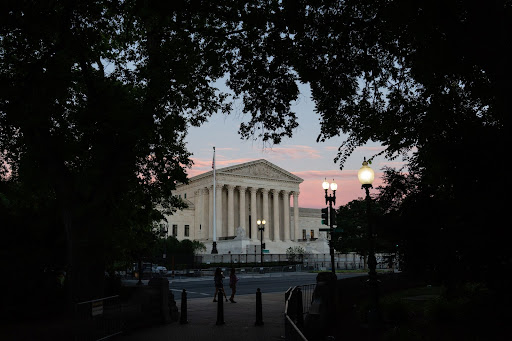 President Joe Biden has reiterated his call for Congress to enshrine the right to abortion access into federal law. Picture: BLOOMBERG

President Joe Biden will sign a second executive order intended to improve access to abortion services, a day after Kansas voters rejected an amendment to the state constitution that would have specified women have no right to the procedure.

Biden — who was set to sign the order on Wednesday, more than five weeks after the US Supreme Court eliminated the nationwide right to an abortion — lauded the Kansas measure’s defeat.

“This vote makes clear what we know: the majority of Americans agree that women should have access to abortion and should have the right to make their own healthcare decisions,” he said in a statement.

The president reiterated his call for Congress to enshrine the right to abortion access into federal law. Biden has said repeatedly that options are limited without congressional action — which is all but certain not to occur unless voters elect more legislators who support abortion rights.

Kansas, a state that former president Donald Trump won by a margin of nearly 15 percentage points in 2020, was the first of at least five states with votes on abortion-related ballot measures this year. Democrats are hoping outrage at the Supreme Court ruling will drive voters to polls to support their candidates in the November midterms.

The order Biden will sign on Wednesday will direct the secretary of health & human services to consider actions to help patients travel outside their states for abortions using funds from Medicaid — a move that conservatives are likely to challenge in the courts.

The Hyde Amendment prevents the use of federal funds for abortions, except in cases of rape, incest or when a woman’s life is at risk. A senior administration official said the White House does not believe using Medicaid funds for travel violates the amendment.

The order also instructs the health & human services department to ensure that healthcare providers comply with existing federal anti-discrimination laws so medical care related to pregnancy would be received without delay. It asks the department to enhance its collection of data on maternal health at the National Institutes of Health and the Centers for Disease Control and Prevention.

The order will probably have little immediate effect. The travel provision is likely to be held up by legal challenges, while the anti-discrimination provision must go through a regulatory process.

Biden has come under intense criticism over his response to the court’s ruling in late June that overruled the 1973 Roe v Wade decision enshrining the right to an abortion.

Progressive legislators have been pressing him to do more, including declaring a public health emergency for abortion rights. A majority of senior White House staff oppose the idea because they think it would do little to unlock new money or power. Instead, they view it primarily as a symbolic move to appease the liberal wing of the Democratic Party.

Biden signed an order in early July to codify efforts taken by health officials after the high court’s ruling that were intended to provide resources for women seeking abortions. But it didn’t restore the availability of abortion in states that have largely outlawed the procedure.

The justice department filed its first post-Roe lawsuit on abortion rights this week, suing the state of Idaho over its law banning abortion after six weeks. The department contends that federal law requires doctors and hospitals to perform medically required abortions to preserve health.

JOHN DAVENPORT: Banning abortion just one more disastrous decision US has made in past 250 years

There have been many points of conflict between state governments and the federal government, but the chief one recently is that of abortion.
Opinion
3 weeks ago

‘More and more, part of [their] punishment will be not getting access to healthcare’
World
1 month ago

Abortions allowed women to escape abusive and even deadly relationships. Now that door is closing, state by state
Opinion
1 month ago
Next Article

JOHN DAVENPORT: Banning abortion just one more disastrous decision US has made ...

JOHN DAVENPORT: Banning abortion just one more disastrous decision US has made ...