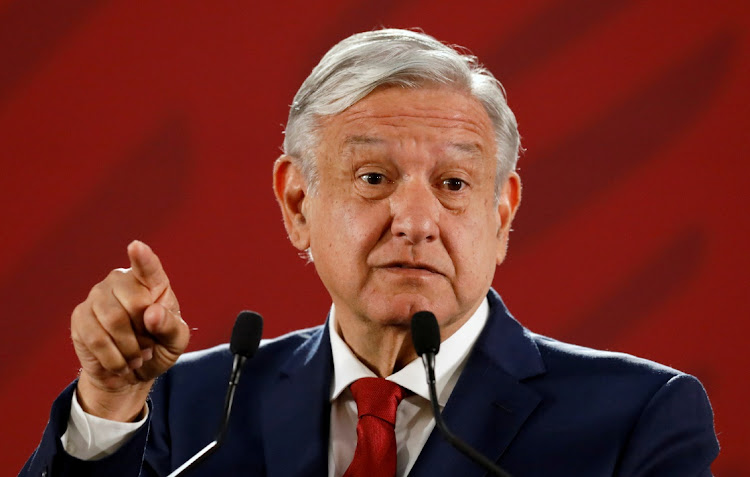 Last week, the US trade representative demanded dispute settlement talks with Mexico, arguing Lopez Obrador’s drive to tighten state control of the energy market is unfair to its companies and likely in breach of a regional trade deal.

With rousing appeals to national sovereignty, Lopez Obrador said he would set out Mexico’s position on the issue alongside an independence day military parade on September 16, even as he sought to downplay any possible fall out with the US.

“Nothing’s going to happen, nothing, because we both need each other,” he said last week.

In reality, Lopez Obrador is annoyed, concerned and frustrated by the bust-up, and tried to head off the dispute by personally negotiating deals with firms upset with his policies, a person familiar with the president's thinking said.

Separately, two Mexican officials said there was concern inside the government over the trade disagreement and a third noted the president was “seriously analysing” the matter.

A day after the US demand became official, the president addressed it, saying he had reached deals in June with 17 of 19 US energy companies, without naming them.

The office of Lopez Obrador, a leftist who in this and other disputes has sought to energise his electoral base by arguing that corrupt domestic adversaries are behind opposition to his policies, did not reply to a request for comment.

Lopez Obrador denies this, and says his policies are designed to restore equilibrium in a market that he argues past governments rigged in favour of private capital.

But the deals he announced with energy firms did not prevent USTR filing its demand. Canada quickly followed suit.

Mexico’s economy ministry has pledged to pursue a “mutually satisfactory” solution via “open, frank” dialogue during a 75-day consultation period.

If none is reached, USTR can request a dispute panel.

“This is very serious, and must be handled very carefully,” said Alfredo Femat, head of the lower house of Congress foreign relations committee, and a lawmaker with the Labor Party (PT), coalition allies of Lopez Obrador's ruling MORENA party.

Brokering an agreement would be out of Mexico's hands once the issue reached a panel, Femat said.

If a panel decision went against Mexico, trade experts say the country could face billions of dollars in retaliatory tariffs.

Mexican officials have expressed surprise to business leaders that the USTR demand was submitted just a week after Lopez Obrador returned from talks with US President Joe Biden in Washington, a second source familiar with the matter said.

Officials have indicated Mexico does not intend to change its laws, but is open to exploring other solutions, the source added. There is also concern Mexican-made SUVs and pickups could be targeted by tariffs, the source said.

Mexico would make the argument to Washington that a fight with one of its key trading partners risks damaging the US economy at a sensitive moment, with US midterm elections looming in November, a Mexican official said.

Lopez Obrador last week argued the cost of a US automobile would rise $10,000 without the aid of Mexico's auto industry. On Thursday, he rejected the possibility of Mexico exiting USMCA.

Mexico’s economy ministry pointed to its earlier remarks on how it aimed to resolve the dispute via consultations. A foreign ministry spokesperson echoed that position, saying Mexico was confident established mechanisms could facilitate an accord, and declined to confirm other details set out by Reuters.

Still, room for manoeuvre has narrowed now that the dispute is reaching an institutional level in which the government cannot resort to case-by-case fixes, said the first source familiar with Mexico’s efforts to resolve the matter.

But if Lopez Obrador feels trapped, there was a risk he could escalate the dispute, the source said, adding: “He's not capable of backing up, because he has already gone too far.”

Across Colombia, parents and their children are at odds over the election
World
2 months ago

Mexico shuts elite unit in blow to US war on drugs

Mexico shuts elite unit in blow to US war on drugs