Across Colombia, parents and their children are at odds over the election 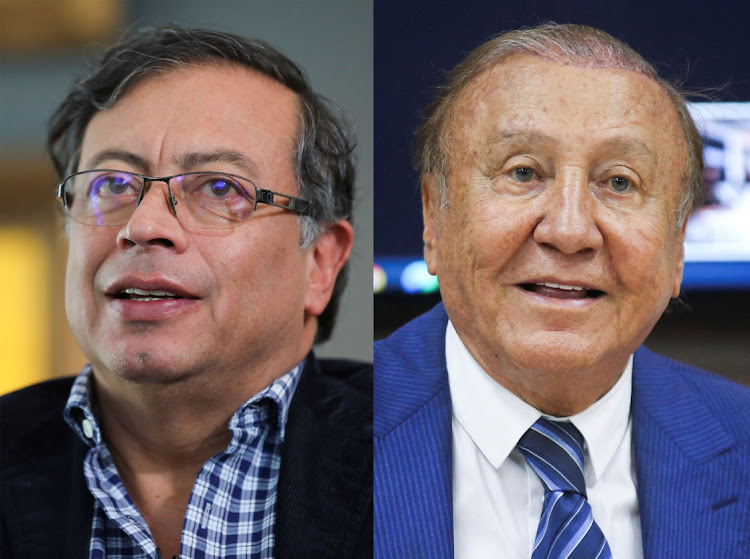 Colombia’s presidential election this weekend is more than just a choice between political models — it’s a contest that’s dividing the generations like no other.

Gustavo Petro, 62, a former guerrilla fighter who says he wants to end an economic model based on oil and coal, has a wide lead among younger voters who grew up during the relative peace of the last decade.

But many of their parents, who remember the civil conflict of the 1980s and 1990s, are appalled by the idea of electing someone who was in a group that committed acts of terrorism. The result is likely to hinge on how many of them are sufficiently outraged to back Rodolfo Hernandez, Petro’s similarly controversial rival for the presidency, and how many abstain.

Unlike all other major Latin American nations, Colombia has only ever been governed by conservatives and liberals, never by a leftist like Petro. With polls suggesting a tight race, Sunday’s outcome will also depend on how many younger voters turn out to cast their ballot.

“There’s a generational conflict, with a youth that wants change,” Petro said in an interview last month. “They reject human rights violations, and they reject an economy that ransacks nature.”

Across Colombia, parents and their children are at odds over the election.

Sara Poveda, an 18-year-old sociology student who’s voting for the first time, says she’s backing Petro, among other reasons because she likes his plans for a transition away from fossil fuels, which account for about half of the nation’s exports.

But her father, a retired member of the air force, believes Petro to be a danger who could turn Colombia into an impoverished authoritarian state like neighbouring Venezuela. He’s backing Hernandez, 77.

“Whenever we get onto politics in our house, there’s a huge argument,” Sara Poveda said. “We prefer not to talk about these topics at the dinner table, because it ruins the moment for us.”

Her father Ricardo said that his first-hand knowledge of the worst era of violence and kidnappings by Marxist guerrillas gives him a different perspective.

“I didn’t hear about it, or read about it — I experienced it,” he said. “The young people haven’t had that experience, even though they’re very intelligent and they’re right about a lot of things.”

In this election, age appears to be a stronger predictor of how a Colombian will vote than social class or gender, said Carlos Lemoine, founder of the polling company National Consulting Center, or CNC.

“Petro’s success is practically based on the youth vote,” Lemoine said. The generational divide always exists, he added, but is “particularly notable on this occasion.”

Distinct demographic groups tend to vote differently everywhere. In the US, support for Joe Biden at the 2020 election among those at age 18-29 was 59% to 35% for Donald Trump.

In Colombia, polls show an even starker divide, with Petro enjoying almost a 40 percentage-point lead over Hernandez among 18-24 year olds. That flips to an advantage of some 26 points for Hernandez among over 55s.

Hernandez, a construction magnate and engineer, has focused his campaign on slamming a political establishment he says is wasteful and corrupt, and uses TikTok videos to reach the youth. He wants to cut taxes, but much of his economic vision remains unclear. His main selling point for many voters is simply that he isn’t Petro.

Investors favour Hernandez, but seem unsettled at the prospect of either candidate taking the reins.

Colombia is the strongest ally of the US in the region, and is the only major country in Latin America that hasn’t defaulted on its debt since the 1930s. The economy will expand 4.8% this year, according to analysts surveyed by Bloomberg, faster than regional peers Brazil, Mexico, Chile and Peru.

The Colombian peso rallied after Hernandez defied projections to make it into the second round, and won the backing of the defeated main conservative candidate. But investor concern has seeped in since, with the peso erasing those gains amid a turbulent global outlook.

For young Colombians, the desire for political change and a focus on issues such as the climate and minority rights set in last year during weeks of antigovernment protests that probably radicalised some, according to Andres Mejia, a political consultant who teaches at the business school of Bogota’s Andes University.

Petro supported the often violent demonstrations against a range of grievances, including corruption and inequality, and criticised the heavy-handed police response that left dozens dead.

Alejandro Guerrero, a 48-year-old actor who used to be in the army, said he fell out with his Petro-supporting son, who stopped talking to him during the period.

Many Colombian families have WhatsApp chats, where disputes flare up when someone posts a political comment or an inflammatory meme. Mario Hernandez, a businessman who founded a chain of luxury leather goods stores and who is no relation of Rodolfo, got 13,000 likes for a Twitter post saying that if your children back Petro, you’ve failed as a parent.

Petro renounced violence and embraced democratic politics decades ago. And Colombia’s 2016 peace accord with the FARC Marxist guerrilla group removed some of the stigma of voting for a candidate like him. The formal talks started in 2012, and younger voters grew up during the negotiations.

“They just don’t understand what has happened in this country in the past 50 years, what we went through,” said Alvaro Tito Jimenez, 60, an ICU doctor in Bogota, speaking about his Petro-supporting children. “People we knew were taken hostage and some were killed. How can you trust someone who was a guerrilla?”

Energy was the biggest driver in US producer price index for May, latest data shows
News
2 weeks ago