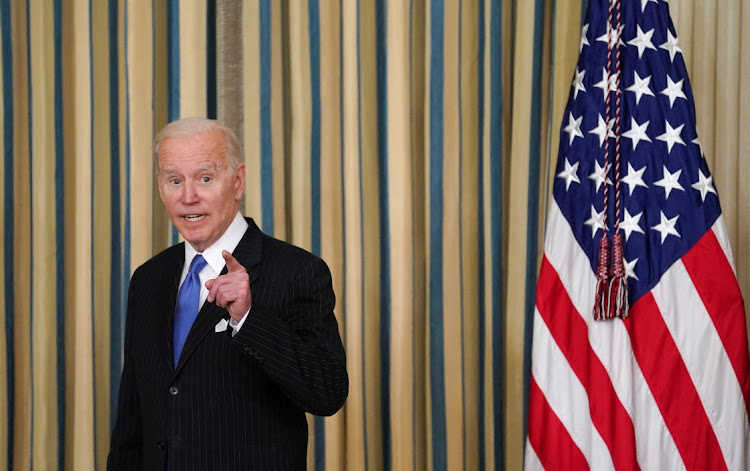 Washington — American and Cuban officials are due to meet in Washington on Thursday to discuss migration concerns, people familiar with the matter said, in the highest-level formal US talks with Havana since US President Joe Biden took office last year.

Biden’s administration is grappling with rising numbers of migrants attempting to cross the US border from Mexico and Cubans account for a growing portion of them.

Tensions between Washington and Havana over the Cuban government’s crackdown on protests, continuing American sanctions on the Communist-ruled island and other issues have made it difficult for the countries to co-operate on challenges such as irregular migration.

Leading the Cuban delegation will be deputy foreign minister Carlos Fernandez de Cossio, two sources said, speaking on condition of anonymity. The delegation is expected to meet senior officials of the US State Department and other agencies.

The US wants Cuba to take back more deportees from among the record numbers of Cubans arriving at the US-Mexican border, according to a US official and another source, speaking on condition of anonymity.

The Cuban government has refused to accept deportation flights carrying Cubans from the US for more than six months, a Department of Homeland Security spokesperson said. As of March 26 there were about 40,000 Cubans in the US with a final deportation order from an immigration judge, according to the spokesperson.

Cuba has said it supports legal, orderly and safe migration. It blames the US for the uptick in irregular migration, saying Cold War-era sanctions and a decision to close the American consular section in Havana encourage Cubans to seek riskier routes off the island.

The State Department last month said it would again begin processing some visas for Cubans in Havana to start reducing the backlog after a four-year hiatus, but progress has been slow.

“We have seen a significant increase in irregular Cuban migrants to the US, via land and maritime routes,” a State Department spokesperson said.

The spokesperson, who asked not to be identified, declined to confirm the planned meeting but said “we regularly engage with Cuban officials on issues of importance to the US government, such as human rights and migration”.

Thursday’s planned talks appear to be at a higher level than known formal contacts since Biden took office in January 2021.

The Cuban government did not immediately respond to questions seeking comment.

The talks are scheduled to be held just a day after US Secretary of State Antony Blinken and regional counterparts are due to wrap up a conference on migration in Panama. Cuba isn’t due to attend that conference.

A record number of migrants attempted to cross the US-Mexican border during Biden’s first year in office. Officials are preparing for even higher numbers this year.

In Brazil, about 3.4-million students dropped out of private universities in 2021
World
2 months ago
Next Article