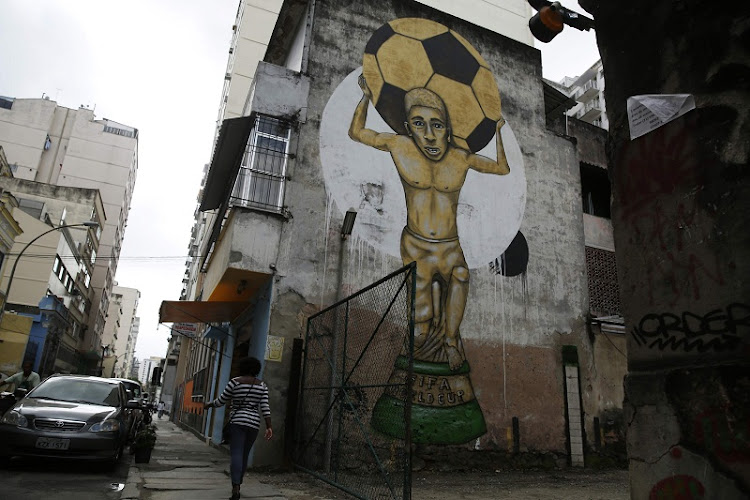 Buenos Aires — Brazil’s weakened economy is in danger of sinking deeper into recession this year ahead of October’s presidential election, as anxiety over the vote and steep interest rate rises continue to hurt growth, a Reuters poll showed.

Economic activity fell back into negative territory in 2021 after a recovery from the coronavirus pandemic-induced slump, pushed down also by a rough mix of high inflation and unemployment that remains a threat.

The spread of the Omicron variant of Covid-19 has become an extra burden. Under fire for his handling of the health crisis and the economy, President Jair Bolsonaro is trailing behind former President Luiz Inacio Lula da Silva in vote surveys.

The January 10-14 poll pointed to a meagre expansion of Brazil’s GDP this year, but there were signs this view could be downgraded to a deeper contraction than the small one that began in 2021.

GDP is expected to increase only 0.7% in 2022, according to the median estimate of 36 economists polled. This would be much slower than the 5.0% clip for 2021 pencilled in October’s survey, the last one to include that year’s forecasts.

“Tight monetary policy and the combination of fiscal and political risks in an election year should contribute to a significant slowdown in growth in 2022,” said Roberto Secemski, a Barclays economist, who expects just 0.3% growth this year.

The bank estimates investment will drop 4.3% in 2022, a hard reversal from last year’s stellar 14.0% rise, with firms holding back until the vote’s outcome turns clearer. Household spending would rise just 0.8% compared to 3.9% in 2021.

Official growth figures for full-year 2021 will be published in March. This year’s expected 0.7% growth is also well below the consensus estimate rate of 1.6% for 2022 in October’s poll. And more pessimism is brewing.

Expectations for a recession are on the rise. Citi and Morgan Stanley cut their 2022 forecasts last week, while JPMorgan did so earlier this month. Including their revisions, a total of six economists saw a contraction compared to none in the last poll.

In another sign of mounting scepticism, when asked in a separate question how risks to their growth outlook for Brazil were skewed, all but two of 15 respondents said they were more to the downside.

“We are revising down our 2022 GDP growth forecast to -0.2% (from +0.5% previously) ... Worse credit conditions, the spread of the new variant and the risk of a 1Q22 slowdown in China are among the reasons,” Morgan Stanley economists wrote in a report.

Inflation was seen at 5.8% for 2022, again breaching the official target’s upper limit of 5.0%. Consumer price rises jumped to a six-year high of over 10% in 2021 despite an aggressive policy tightening cycle expected to bring rates up to 11.75% this year.

Prospects for Mexico look better. However, the path back to pre-pandemic levels is a bumpy one, as the latest GDP data have stirred concerns the economy slipped into a recession in the second half of 2021.

While Mexican growth was forecast at 2.8% in 2022 versus 3.0% in the last poll, as in Brazil, some analysts are starting to cut their estimates, citing softer-than-expected domestic economic activity.

“There are significant downside risks to economic growth, mainly policies that discourage domestic investment and negative inertia from economic stagnation in the second half of 2021,” Banco Base economist Jesus Lopez said.

German economy heads for recession after shrinking in the last quarter

Global gross domestic product will be lifted by the continued recovery from the pandemic. says London-based Centre for Economics and Business Research
World
4 months ago
Next Article