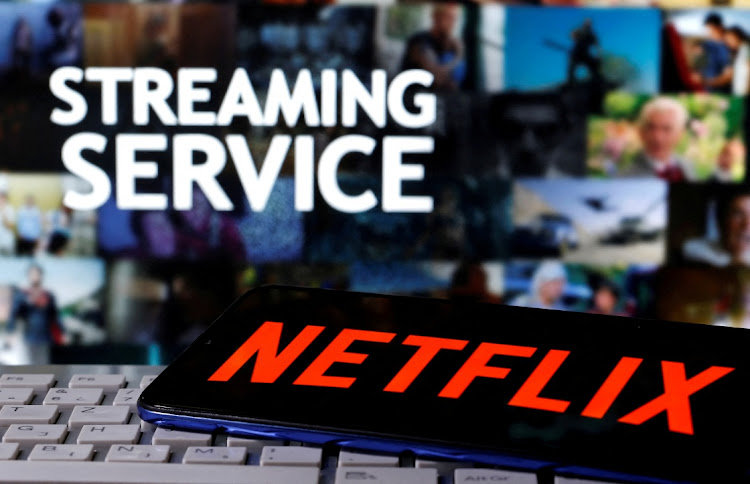 A smartphone with the Netflix logo is seen on a keyboard in this illustration taken March 24, 2020. File photo: REUTERS/DADO RUVIC

Even as Netflix executives sought to reassure investors in a Thursday video interview that its long-term prospects for streaming media remain bright, with its popular series Bridgerton returning for a second season and a science-fiction film starring Ryan Reynolds coming soon, shares slipped.

By the end of the 45-minute earnings interview, Netflix stock was down more than 20%, casting a pall over the entertainment industry. Wall Street analysts and the company’s own executives struggled to explain why the world’s dominant streaming service forecast modest growth for the first three months of 2022, when many had anticipated a return to predictable, prepandemic quarterly gains.

“It’s tough to say exactly why our acquisition hasn’t kind of recovered to pre-Covid levels,” said Netflix CFO Spencer Neumann. “It’s probably a bit of just overall Covid-19 overhang that’s still happening after two years of a global pandemic that we’re still unfortunately not fully out of, some macroeconomic strain in some parts of the world, like Latin America, in particular.”

Stocks of tech and media companies that have invested heavily on streaming, including the Walt Disney, ViacomCBS and Roku, all dropped in after-hours trading.

Netflix projected gains of 2.5-million subscribers in the January through March quarter, about two-thirds of the 4-million customers added in the same period a year earlier. Wall Street analysts pointed to heightened competition and a slower-than-anticipated return to normalcy after the distortions of the pandemic as possible factors.

Pivotal Research Group analyst Jeff Wlodarczak said Netflix and other services that added subscribers during the pandemic lockdown in early 2020 — including Disney+ and Peloton — are struggling to regain equilibrium after outsize gains.

“Streaming is not over, it is the future,” Wlodarczak wrote. “And today, streaming still has a relatively small percentage of global television viewership.”

“The reality is that the streaming market has become saturated,” wrote Mike Proulx, vice-president of research for Forrester. “This translates to more choice for consumers, who are growing concerned with the aggregate costs of their streaming subscriptions.”

Though 90% of Netflix’s growth is expected to come from outside its home market, analysts are closely tracking how Netflix’s latest price increase, which boosted the cost of a monthly subscription to $15, will affect subscriptions in the US and Canada.

“Whether Netflix can retain subscribers at historical rates now that their most popular tier costs the same as HBO Max after their most recent price increase will be important to gauge,” wrote Joe McCormack, Analyst at Third Bridge, “As we head into a 2022 year that many seem to believe will come with streaming video subscriber saturation overall.”

“For now, we’re just like staying calm,” he said.

Huge amounts of money are flowing into digital advertising worldwide, from the big streaming services to podcasts. In SA there is speculation about a ...
News & Insights
4 months ago
Next Article