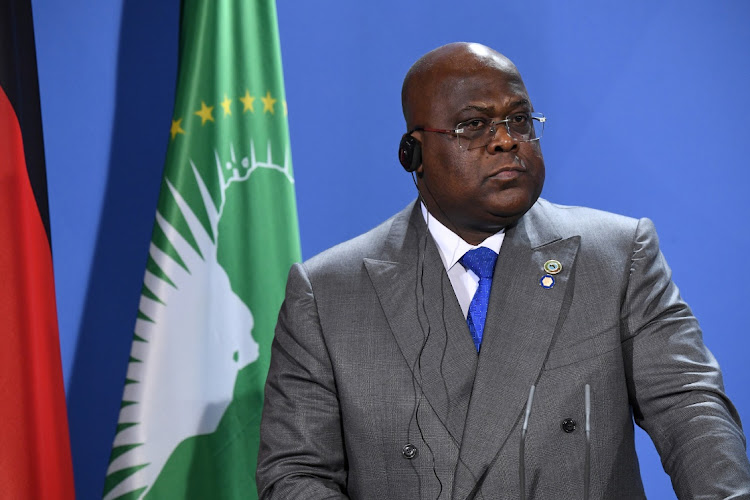 There were no details on what they would discuss, but the neighbours have been at diplomatic loggerheads since a surge of attacks in eastern DRC by the M23 rebel group, which Kinshasa accuses Kigali of backing.

Rwanda denies supporting the rebels and has, in turn, accused the DRC army of fighting alongside insurgents — a face-off that has raised fears of fresh conflict in the region.

The meeting is likely to take place on Tuesday or Wednesday in Angola’s capital Luanda, according to two officials from DRC and one from Rwanda who did not wish to be named.

Earlier on Monday, Kagame said he did not mind Rwanda being excluded from a regional military force set up in April to fight rebels in eastern DRC, removing a potential stumbling block to the initiative.

The DRC's government had welcomed the plan, but said it would not accept the involvement of Rwanda.

“I have no problem with that. We are not begging anyone that we participate in the force,” Kagame told Rwanda’s state broadcaster in a wide-ranging interview.

“If anybody’s coming from anywhere, excluding Rwanda, but will provide the solution that we’re all looking for, why would I have a problem,” Kagame said.

At the end of March, the M23 started waging its most sustained offensive in DRC’s eastern borderlands since capturing vast swathes of territory in 2012/2013.

Rwanda also accuses the DRC’s army of firing into Rwandan territory and fighting alongside the FDLR — an armed group run by ethnic Hutus who fled Rwanda after taking part in the 1994 genocide.

Recent attempts to stop the violence militarily have proven unsuccessful, and in some cases backfired, security analysts and human rights groups say.

Despite billions of dollars spent on one of the UN’s largest peacekeeping forces, more than 120 rebel groups continue to operate across large swathes of eastern DRC almost two decades after the official end of the central African country’s civil wars.

The fighting causes 30,000 Congolese and 137 soldiers to flee into Uganda
World
2 months ago

King Philippe first expressed regret for exploitation and violence two years ago, but has stopped short of formally apologising
World
2 months ago

Conflicts in Ukraine, Ethiopia and DRC reflect in new figures of displaced people
World
2 months ago