Envoys sceptical that a solution will emerge 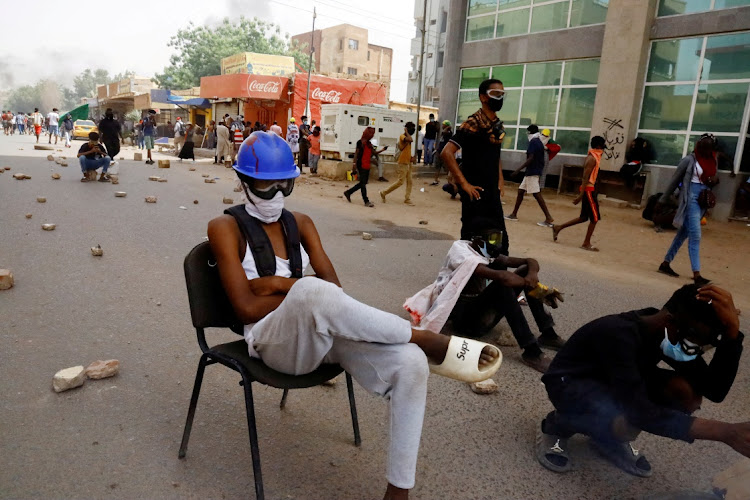 Protesters march during a rally against the country's military rulers in Khartoum, Sudan, May 19 2022. Picture: EL TAYEB SIDDIG/ REUTERS

Khartoum — UN and AU-sponsored talks aiming to restore political order in postcoup Sudan began on Wednesday with military leaders at the table and the main civilian groups boycotting.

The talks, months in the making, seek to break the country’s political deadlock and stop an economic spiral since military leaders seized power last October.

“There are key political actors that have not attended today’s meeting,” said AU envoy Mohamed Hassan Lebatt during the opening session. “We don’t envision a political solution without the participation of those who are absent.”

The coup ended a power-sharing arrangement agreed in 2019 with key civilian political parties following the ouster of President Omar al-Bashir.

Those parties and the resistance committees that have led protests against the military, have boycotted the talks, saying that in their current form they seek to legitimise military rule.

Political parties also say that the military has not completed necessary trust-building steps, including release of all political detainees and ending the killing of protesters.

In a statement late on Tuesday, Sudan’s sovereign council head Gen Abdel Fattah al-Burhan described those who did not join the talks as “roadblocks to a sustainable democratic transition”.

“We commit to executing the results of the dialogue,” he added.

The Forces of Freedom and Change, the former ruling pro-democracy coalition, however, criticised the inclusion of parties it said were supportive of the coup or of the Bashir regime.

“The talks do not address the nature of the crisis, which is the October 25 coup. Any political process must result in its complete end,” it said.

While military leaders including Gen Mohamed Hamdan Dagalo, and armed group leaders such as finance minister Jibril Ibrahim were present, about a third of the seats were empty at Wednesday’s meeting, which seeks to set the rules and agenda for subsequent discussions.

On the brink of economic collapse since a 2019 coup, the African country now faces wide-scale hunger due to erratic rains and the war in Ukraine
World
2 months ago
Next Article

Mike Hammer to be new special envoy for Horn of Africa

Mike Hammer to be new special envoy for Horn of Africa