As the Russian-Ukraine war drags on, already food-insecure Africa will face severe, riot-causing shortages of staple products, fertiliser and fuel 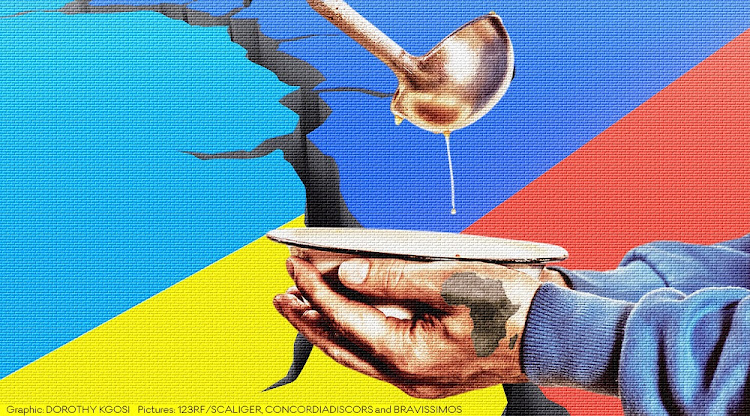 As Russia’s invasion of Ukraine transitions into a grinding war of attrition in the Donbas region, continued fighting in the world’s breadbasket will worsen the current global food crisis. This may end up igniting civil unrest in African countries that are already grappling with domestic strife and economic turmoil.

Russian and Ukrainian exports together account for 12% of total calories traded globally. Both countries are among the world’s top five suppliers of wheat, barley and maize, and provide three-quarters of the sunflower oil traded on international markets. Yet the war has cut Ukraine’s spring planting area by a third and disrupted international trade with both countries for over two months now, while adding upward cost pressure on energy — a key input for food production.

Ukrainian farmland has been chewed up by battle, labour has been conscripted and displaced, and fuel for agriculture is being diverted for military operations. Distribution linkages like bridges and railways have also been destroyed, and Ukrainian ports on the Black Sea are under siege by Russian forces. Meanwhile, Western sanctions on both Russia and Belarus are driving up fertiliser costs to record highs. In some places, like areas outside Kenya’s capital Nairobi, prices have risen 500% compared to just a few months ago.

The result is a vicious cycle that is manifesting worldwide: not only is importing food staples and cooking oil becoming more expensive — global food prices spiked 13% in March 2022 alone, the biggest rise on record — but dwindling access to fertiliser means local food production will soon experience lower quality and yields, including for livestock given higher feed prices.

The UN’s World Food Programme (WFP) is spending $70m more per month to buy the same amount of food as in 2021, rendering humanitarian aid operations 44% more expensive than they were 2019. The agency has also said that even if the war in Ukraine stopped tomorrow, global food supply chains would take at least six months to recover from the current price shocks. With both Russian and Ukrainian forces now digging in for a protracted confrontation in eastern Ukraine, there’s a real possibility that food prices will remain exceptionally high well into 2023.

This comes at a time when the International Committee for the Red Cross (ICRC) has reported that 346-million people in Africa — over a quarter of the continent’s population — already experience severe food insecurity. Global charity Oxfam estimates that rising food prices could push millions more into poverty.

Both Ethiopia — which itself is coming off a harvest likewise ruined by civil war — and Sudan get a third or more of their wheat from Russia and Ukraine.

Mixed with high rates of youth joblessness — another key predictor of antigovernment mobilisation — over time, the desperation and humiliation caused by unrelenting hunger and an inability to provide for one’s family can morph into an outpouring of anger in the streets. Already by late March 2022, former Nigerian finance minister and now World Trade Organisation (WTO) head Ngozi Okonjo-Iweala warned that the toxic combination of increased hunger and worsening poverty could provoke food riots in developing countries.

In Egypt, the world’s largest wheat importer, authorities have capped bread prices to stave off history repeating itself a decade after the sudden unaffordability of bread catalysed mass demonstrations that would ultimately become the focal point of the Arab Spring. Meanwhile, food shortages in Tunisia, occurring amid an eight-month political crisis, could turn popular opinion against President Kais Saied, an aspiring autocrat who has dissolved parliament and is seeking to rewrite the constitution in his favour.

A parallel economic crisis going back several years has left more than a third of Tunisian youth without jobs. Saied’s government has now entered into talks with the IMF about receiving a financial bailout in exchange for freezing public sector wages and slashing subsidies — measures vehemently opposed by Tunisia’s largest labour union and its million-plus members.

In September 2020, demonstrators burnt down a government building in Libya’s second-largest city of Benghazi during multi-city protests over deteriorating living conditions after years of civil war, which have left the country plagued by fuel and water shortages and regular electricity blackouts. Libya receives about two-thirds of its wheat from Russia and Ukraine, and youth unemployment is above 50%, according to World Bank estimates.

Elsewhere, a fourth consecutive year of almost nonexistent rain in East Africa has produced historic drought conditions for some 20-million people, suggesting that the region could be among those hit hardest by soaring food costs. Somalia will see aid provision eroded due to escalating food prices at a time when the country has been destabilised by an incomplete parliamentary electoral process that has been dragged out since February 2021. Humanitarian efforts could be undercut in South Sudan as well, where 8.3-million are predicted to face extreme hunger in the coming months.

Both Ethiopia — which itself is coming off a harvest likewise ruined by civil war — and Sudan get a third or more of their wheat from Russia and Ukraine. Antigovernment sentiment is already high in Sudan, with at least 81 protesters killed by security forces during recent months of sustained demonstrations against the military-led government since a coup in October 2021 derailed the country’s hopes of a democratic transition after former dictator Omar al-Bashir was toppled in 2019.

Home-grown relief far on the horizon

Moreover, countries throughout Central and West Africa are heavily reliant on fertiliser from Russia and Belarus. The latter region is already reeling from popular uprisings and anti-establishment backlashes, which have triggered coups in Guinea, Mali and Burkina Faso over the past 18 months. WTO head Okonjo-Iweala has urged rich countries to avoid restricting food exports the way they have hoarded coronavirus vaccines for much of the pandemic. “It is a natural reaction to keep what you have — we saw that with vaccines. But we shouldn’t make the same mistake with food.”

European officials have already pledged to ramp up “food diplomacy” for the Middle East and North Africa to counter influence Russia has gained through supplying the bulk of both regions’ grain imports. Spotting a potential soft power win, India’s President Narendra Modi has reportedly told US President Joe Biden that India could fill much of the 14-million-tonne market gap for wheat that could emerge if the conflict in Ukraine carries on for the rest of the year, so long as the WTO makes an exception to its rule against allowing government stockpiles to be exported.

The World Bank is also proposing a $170bn financial aid package to be spent over the next 15 months to help developing countries offset some of the sudden price increases in energy, fertiliser and food. At the same time, the African Development Bank (AfDB) is seeking financing for a $1bn plan to help 40-million small-scale African farms boost production of staple crops by enough to feed an additional 200-million people across the continent, mainly through encouraging intra-African food exports and the adoption of climate-resilient technologies and heat-tolerant crop varieties. The AfDB expects the plan to produce agricultural output worth about $12bn.

But all of these relief measures will take time. And while assistance for Africa’s food-insecure hotspots appears to be in the offing, so are higher food prices. Unfortunately, for those nations afflicted by combustible internal variables, it appears higher prices will arrive first.

• Hiebert, a former deputy editor of Africa Conflict Monitor, is now a researcher and analyst based in Canada.

Ships have been stuck in Ukrainian waters for almost two months due to underwater mines and military blockades, says International Chamber of Shipping
News
2 months ago