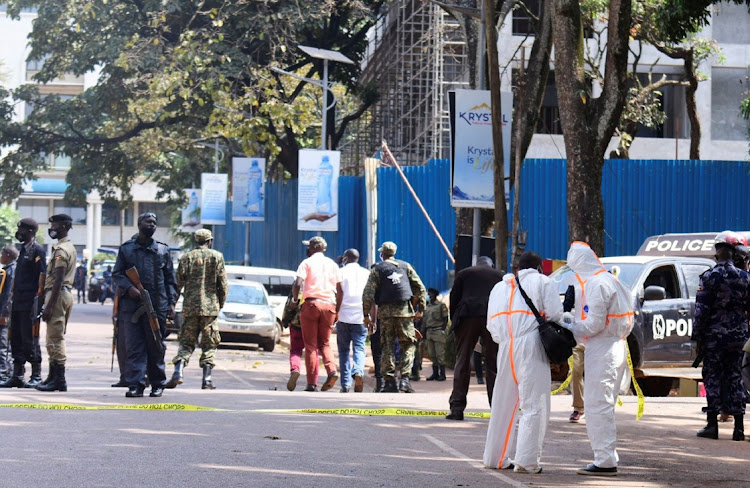 Beni — Uganda carried out air and artillery strikes against an Islamic State (IS)-linked armed group in eastern Democratic Republic of Congo  on Tuesday, in an operation agreed with the DRC.

The strikes targeted the Allied Democratic Forces (ADF) group, which has been based in the DRC since the late 1990s and is accused of killing hundreds of villagers in raids after it pledged allegiance to IS in mid-2019.

IS has in turn claimed responsibility for some of the ADF's violence, including a string of recent bombings in Uganda, but UN researchers have found no evidence of IS command and control over ADF operations.

“The targets were accurately hit and operations against the terrorists will continue as we look for other targets of opportunity during ground operations,” Ugandan army spokesperson Byekwaso said in a statement.

“As announced, the targeted and concerted actions with the Ugandan army started today with air strikes and artillery fire from Uganda on the positions of ADF terrorists in the DRC,” DRC spokesperson Patrick Muyaya said on Twitter.

The joint offensive is the first time Uganda has publicly intervened against the ADF in the DRC  since a brief campaign in December 2017.

A local official and a resident said they heard explosions on Tuesday morning in Watalinga territory, North Kivu province, in the borderlands of eastern DRC.

“There is a real panic here at home, especially because we were not informed of this situation,” said resident Julien Ngandayabo. “We have suffered too much with the ADF, who have massacred our families. We are waiting to see if this is the solution.”

Fabien Malule, a resident of the border town of Nobili, said at about 4.15pm he saw many Ugandan troops enter Congolese territory with their weapons.

“Today it is really a joy for some inhabitants here in Nobili. For me personally, as we have suffered too much, I prefer to wait for the result of their fight,” Malule said.

DRC army spokesperson Antony Mwalushay said three ADF fighters were killed and three wounded during intense fighting at the Semuliki bridge, which connects the city of Beni to Uganda. One Congolese soldier was killed, he added.

A triple suicide bombing in the Ugandan capital Kampala on November 16, which killed seven people, including the bombers, was the third IS has claimed in the east African nation.

Ugandan authorities reacted by declaring that they could enter the DRC to hunt down the militia in self-defence.

Underpaid and poorly disciplined, the DRC’s army would have difficulty in seriously degrading the capabilities of the ADF alone, said J Peter Pham, a former US envoy for the Sahel and Great Lakes regions of Africa.

"(But) any presence of foreign forces risks considerable blowback politically and, if sustained over any amount of time, even strategically,” Pham said.