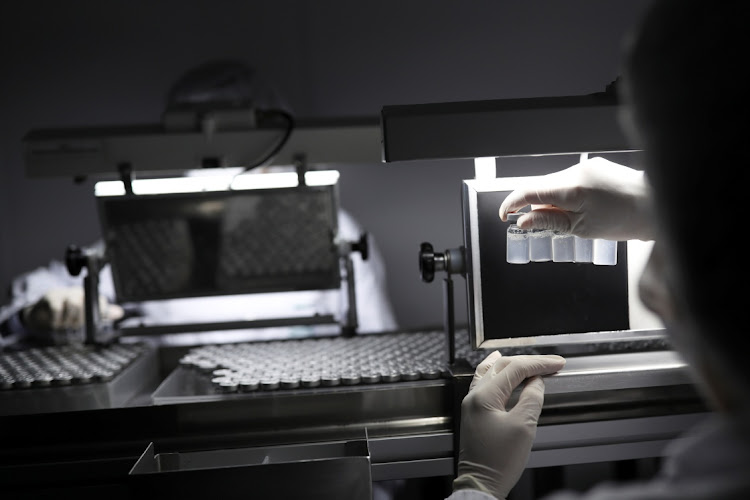 African nations should build capacity to produce vaccines on the continent and work with pharmaceutical companies to ensure that the raw materials needed to produce the inoculations are available, according to World Trade Organisation director-general Ngozi Okonjo-Iweala.

While a waiver on the Trade-Related Aspects of Intellectual Property Rights (TRIPS) that is being discussed at the WTO is seen as a way to improve the supply of Covid-19 vaccines to the world’s least inoculated continent, Okonjo-Iweala cautioned that only a handful of African countries have the capacity to produce the life-saving drugs.

“There are a handful of countries — maybe Tunisia, Morocco to some extent, Senegal, SA — where we have some capacity; that’s why we are importing 99% of our vaccines,” Okonjo-Iweala said in a webinar hosted by the UN Economic Commission for Africa. “If we get IP [intellectual property rights] today, we won’t be able to do anything with it because we don’t have investment, we don’t have manufacturing capacity.”

WTO members are divided whether a waiver to the its intellectual-property rules for vaccines is the best way to expand access to life-saving drugs in the developing world. Negotiations are moving very slowly as parties try to come to a “pragmatic, sensible agreement that allows developing countries access to technology, know-how and find a solution on IP that doesn’t also disincentivise research and negotiations”, she said.

A meeting with heads of vaccine manufacturers including Johnson & Johnson, Pfizer , Moderna Inc, the makers of Russia’s Sputnik shot and Sinopharm Group at the WTO last week showed that companies are interested in boosting investments on the continent, Okonjo-Iweala said.

J&J is having its inoculations produced on a so-called fill-finish basis in SA by Aspen Pharmacare, . whereby Aspen packages the doses using ingredients supplied by J&J. Pfizer last week signed a similar agreement with the Biovac Institute in Cape Town and Sinopharm’s doses are made in Egypt.

So far just 1.4% of Africa’s 1.2-billion people have been fully vaccinated against the disease.

Africa needs adequate access to vaccines for a sustainable economic recovery, Okonjo-Iweala said. The continent-wide economy contracted for the first time in a quarter-century in 2020 as restrictions to curb the spread of the virus weighed on activity.

Bloomberg News. More stories like this are available at bloomberg.com

Makhona says tgat as a true vaccine company they want to go right through the value chain.
Business
2 months ago

Shots will be used to immunise half of the 800-million people in need of vaccination, AU special envoy says
World
2 months ago

Biovac becomes the first company in Africa to manufacture mRNA Covid-19 vaccines in a deal Ramaphosa says will contribute to the continent’s health ...
National
2 months ago
Next Article