Shots will be used to immunise half of the 800-million people in need of vaccination, AU special envoy says 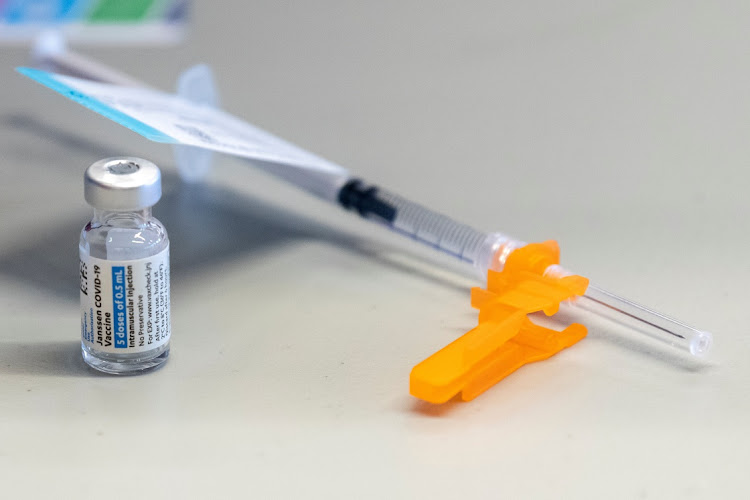 Africa, battling a severe third wave of Covid-19 infections, will receive the first batch of 400-million doses of vaccines from Johnson & Johnson next week, the AU’s special envoy on Covid said on Thursday.

So far, only about 60-million doses have been administered among a total population of 1.3-billion on the 55-nation continent.

J&J doses will be used to immunise half of the estimated 800-million people in need of the vaccine on the continent, Strive Masiyiwa, who is also the co-ordinator of the AU task force on vaccine acquisition, told an online news conference.

About six-million doses will be delivered to 27 nations that have paid their share through the end of August, Masiyiwa said. Another 18 are finalising loans from the World Bank and other global lenders before they make payment.

Deliveries will rise to an average of 10-million a month from September, increasing to 20-million in January until the order is fulfilled by September 2022, he added.

The balance of the vaccine requirements for the continent will come from Covax, the global vaccine-sharing scheme for poorer nations, as well as bilateral donations from developed nations such as the US, Masiyiwa said.

J&J, whose vaccine is administered through a single shot, will ship the doses from a facility in SA through its partnership with Aspen Pharmacare, he said.

Masiyiwa called on pharmaceutical companies to produce vaccines in Africa under licencing arrangements, rather than under contract manufacturing, which critics say prevents countries having vaccine independence.

“We want to be treated the same way as they produce in India,” Masiyiwa said.

EU countries have donated less than 3% of the 160-million doses — mostly AstraZeneca shots — that they plan to give to help tame the global pandemic, an EU document shows.

The small shipments are likely to stir the debate about how wealthy countries are sharing their surplus shots while poor countries still struggle to get supplies.

The WHO has called on Western governments to donate shots to the Covax programme that it runs with vaccine charity GAVI to ensure fair and equitable distribution to the world’s neediest.

Many poor countries rely on Covax for their vaccines, but it has so far delivered only 135-million shots globally and the scheme is highly dependent on donated doses. Plans to buy shots on its own were temporarily derailed by vaccine makers’ production problems and export restrictions in India.

The EU has received enough vaccines to fully inoculate 70% of adults, while SA has given only 7% of its adult population one dose and Nigeria just 1%.

The EU shipments are also small compared with more than 15-million doses donated by the US and shipped over the past month to countries in Africa, Asia and Latin America as part of the its pledge to give 80-million vaccines. A big portion of those have been through Covax.

The EU has committed to help inoculate the most vulnerable across the world but, like other wealthy countries, member states have so far focused on buying shots to inoculate their own citizens, contributing to a shortage of vaccines elsewhere.

EU states, with a combined adult population of 365-million, have so far received about 500-million doses from drugmakers and expect nearly one-billion by the end of September.

But as of July 13, they had donated less than four-million shots, according to the internal document compiled by the European Commission.

EU countries have committed to sharing about 160-million doses in total, mostly without preference about their destination, the report says. The tally of shipments and pledged total have not been reported before.

Brussels has previously said EU nations plan to donate at least 100-million doses by the end of the year. There is no timeline for the target listed in the document.

Those distributed so far have gone mostly to countries and territories with a link to the donor as member states seek to boost relations with nearby countries and deepen diplomatic ties.

The EU countries have so far promised to donate almost exclusively AstraZeneca shots, the document shows. J&J is the second-most frequent choice for donations, though a large portion of pledges are for unspecified shots.

Many EU countries have set limits on the use of the AstraZeneca and J&J vaccines due to concerns about extremely rare blood clotting, reducing the capacity to use them.

Germany, the EU’s largest country, has committed to donating 33-million doses, the document says, 30-million of which are AstraZeneca and J&J, The remaining three-million have yet to be specified.

German officials said donations would begin in August and confirmed the numbers and types of vaccines to be donated.

France is by far the EU’s main donor in terms of pledges. It has promised 60-million doses, mostly to Covax and largely without any preference on their final destination.

However, it has so far delivered only about 800,000 doses, half of which went to its former colonies, Senegal, Mauritania and Burkina Faso, the document shows.