If global trend continues the animal protein could be the new coal, shunned by elite tastemakers 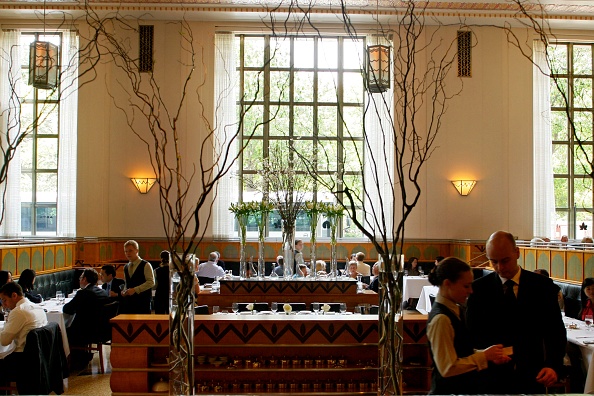 If this continues — and the Boston Consulting Group and Kearney believe the trend is global and growing — beef could be the new coal, shunned by elite tastemakers over rising temperatures and squeezed by increasingly cheap alternatives.

“Beef is under a whole lot of pressure,” said Anthony Leiserowitz, director of Yale University’s Program on Climate Change Communications. “It was the shift in market forces that was the death knell for coal. And it’s the same thing here. It’s going to be the shift in consumer tastes and preferences, not some regulation.”

Americans do claim to want a shift. Seventy percent say it would be healthier if the country ate less meat and 58% would like to eat more fruits, vegetables, nuts and whole grains, according to a 2020 survey by the food market research firm Datassential. Worries about climate pile on top of long-standing health concerns about red meat.

Yet, while long-term trends back the change, US consumption of beef actually ticked up slightly during the 2020 pandemic, to 25.3kg per person. It has been slowly rising since 2015 after plunging during the 2007-2009 Great Recession. Consumption last year remained 11.4% below 2006 and nearly 40% below peak 1970s levels, according to the US agriculture department.

Tastemakers are pushing. Popular culinary personalities including chef Jamie Oliver are promoting plantcentric meals. Bill Gates is urging developed nations to give up conventional beef. Many school and corporate cafeterias have dropped all-beef patties for “blended burgers” made of one-third mushrooms.

Meanwhile, a backlash is stirring among rural Republican politicians who scent a new battleground in the partisan culture wars. In broad swathes of the Heartland, cattle and the rows of maize grown for animal feed are central to livelihood and identity. More than a third of US farms and ranches are beef cattle operations, making it the single largest segment of US agriculture. Burgers sizzle from countless backyard braais.

Nebraska governor Pete Ricketts seized on a suggestion by his Democratic counterpart in neighbouring Colorado that the state’s residents cut red meat for one day to counter with a “Meat on the Menu” Day. Iowa governor Kim Reynolds outdid him, declaring all of April “Meat on the Menu Month”. Fox News later spent days promoting phoney accusations the Biden administration had launched a “War on Beef”.

It was the shift in market forces that was the death knell for coal. And it’s the same thing here. It’s going to be the shift in consumer tastes and preferences, not some regulation

It hasn’t, but there is no escaping the fact that beef is a climate villain. Cows’ ruminant digestive system ferments grass and other feed in multiple stomach compartments, burping methane, a greenhouse gas 25 times more powerful than carbon dioxide. Cattle’s relatively long lifespan compared with other meat sources adds to their climate impact.

Globally, 14.5% of human-driven greenhouse gas emissions come from livestock production, with cattle responsible for two-thirds, according to the UN Food and Agriculture Organization. Per gram of protein, beef production has more than six times the climate impact of pork, more than eight times that of poultry and 113 times that of peas, according to a 2018 analysis of global production in the journal Science. US livestock producers generally have lower emissions than worldwide averages due to production efficiencies.

Cattle producers have sought to blunt the appeal of competing faux meat products with state laws banning them from using common meat terms and addressed environmental criticism by promoting the role of ranchers as stewards of the land.

“That Wild West is alive and well because cattle producers protect that space and make it resilient,” said Kaitlynn Glover, executive director of natural resources for the National Cattlemen’s Beef Association.

Investors are rushing into plant-based and cultivated faux meat start-ups. A Boston Consulting Group report in March heralded the beginning of a “protein transformation” and forecast meat alternatives would make up 11%-22% of the global protein market by 2035. A Kearney study projects global meat sales will begin to drop by 2025 and decline 33% by 2040 as alternatives take away market share.

Much as falling costs for natural gas, wind and solar power were drivers in shutting down coal plants reviled by environmentalists, pocketbook decisions will be crucial, said Carsten Gerhardt, a Kearney partner who consults for agribusiness and co-authored the study. Trends suggest alternatives are well on their way to “parity” in taste and texture and will soon beat conventional meat on price, he said.

Cultivated meat is also advancing. In December, Singapore became the first country to approve commercial sale of such animal cells.

More than half of about 350 school districts in the US supplied by food service giant Sodexo have switched from all-beef to blended beef-mushroom burgers and many corporate and healthcare customers also use the blend for tacos and lasagne, said Lisa Feldman, director of recipe management. Corporate customers are adopting “choice architecture” to steer employees towards meals with less meat.

A consortium of 41 colleges including Harvard, Stanford and Kansas state University joined in a “Menus of Change” collaborative to shift students to healthier, more climate-friendly diets. Harvard dining halls showcase vegetable and grain-heavy “bistro bowls”. The University of North Texas has a “Mean Greens” vegan dining hall. In 2019, the 19 member institutions that reported data lowered meat purchases 9.4% from the year earlier, even as overall food purchases rose.

Sophie Egan, co-director of the university collaborative, said the initiative consciously targets young people to shape food preferences at a time of life when most are more adventurous and still forming identities and tastes for a lifetime. Students are often especially open to dishes inspired by global cuisines that use less meat.

“We know trends start with the youngest generations,” Egan said. “They’re coming in to the dining hall three times a day, sometimes for years. That’s sculpting their food identities for many years to come.”

Monthly cost of a basket of food commodities has reached its highest level since May 2014, says UN agency
Companies
1 month ago

For the meat giants of the world, winning the alternative meat race is not just an opportunity, it is a fight for survival
Life
1 month ago