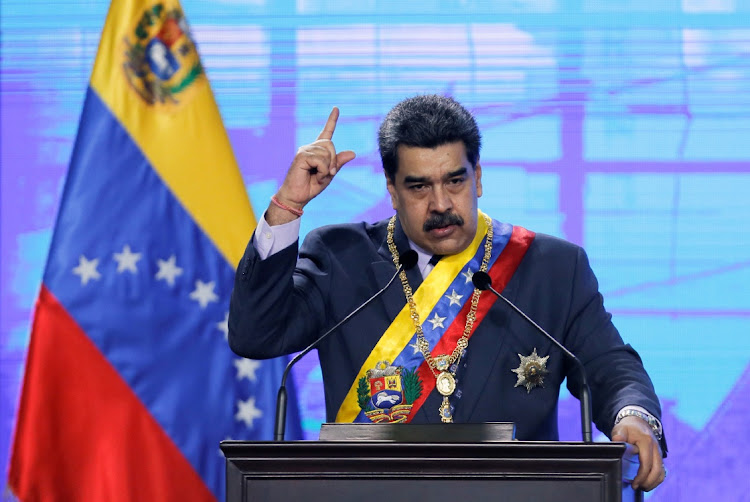 Washington — President Joe Biden’s administration is in “no rush” to lift US sanctions on Venezuela but would consider easing them if President Nicolas Maduro takes confidence-building steps showing he is ready to negotiate seriously with the opposition, a White House official said.

Signalling that the new US president may be unlikely to loosen the screws on Venezuela soon, the official said existing sanctions have enough special provisions to allow for humanitarian aid shipments to help Venezuelans cope with economic hardships and the Covid-19 pandemic.

But the official, speaking on condition of anonymity, said Maduro’s socialist government has been “actively preventing the delivery of humanitarian assistance”.

This suggests that for now Biden is prepared to stick with the specific sanctions, including crippling oil-sector penalties, imposed by former president Donald Trump on the Opec nation, despite the failure to force Maduro from power.

But Biden, by contrast, intends to move away from the mostly unilateral approach of Trump’s “maximum pressure” campaign and enlist more countries to help seek a diplomatic solution, the official said.

Biden’s administration has made clear it will continue to recognise opposition leader Juan Guaido as Venezuela’s interim president. Dozens of countries have backed Guaido’s claim after Maduro’s re-election in 2018 in a vote Western governments called a sham, though cracks recently have appeared in Guaido’s international support.

“We’re in no rush to lift sanctions,” the official said. “If the regime undertakes confidence-building measures that show that they’re ready and willing to engage in real conversations with the opposition … if they’re ready to take serious steps, then we will consider the alleviation of sanctions.”

The official did not specify what steps Maduro would need to take but said he could not be allowed to use negotiations as a “delaying tactic” to consolidate power and divide the opposition, as he has been accused of doing in the past.

Maduro, who calls Guaido a US puppet, has shown no signs of giving ground. Having retained support of the military as well as Russia, China, Cuba and Iran, he has rejected or ignored previous demands for such concessions.

The Biden administration also appears to have little sense of urgency for major gestures towards Cuba despite hopes for a softer approach after Trump, often citing its support for Maduro, rolled back historic Obama-era detente with Havana.

Some Biden advisers had suggested earlier that he could start by loosening up the flow of remittances from Cuban Americans and ease restrictions on family travel to the communist-ruled island.

But while acknowledging such changes could have a positive effect, the official said a Cuba policy shift is not among Biden’s top priorities, which include the coronavirus pandemic, economic recovery and rebuilding alliances abroad. “Frankly, first things first,” the official said.

There has also been no sign of any immediate plans to rescind Cuba’s designation as a state sponsor of terrorism, though Biden officials have said Trump’s last-minute decision to return Havana to the US blacklist is under review.