From banning apps to punishing banks, China and the US are butting heads — but other countries are no fans of China right now either 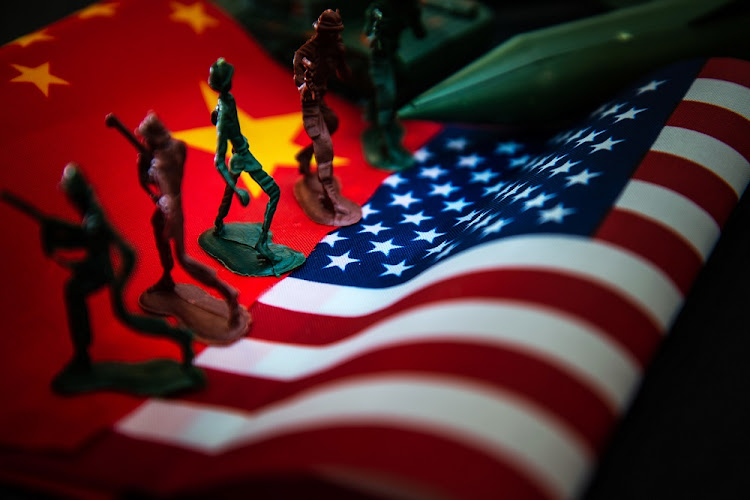 Hong Kong — The US-China rivalry is shifting into new and unpredictable areas, engulfing everything from a popular video app to Hong Kong’s status as a global financial hub.

The latest tensions are overshadowing a trade agreement in January that was meant to draw a line under the trade war and be a boon for business. Instead, differences between both powers are deepening right at a time when the world economy is facing its worst crisis since the Great Depression.

This week alone, US President Donald Trump said he is considering banning ByteDance’ s short video app TikTok as retaliation against China over its handling of the coronavirus. Some of his top advisers want the US to undermine the Hong Kong dollar’s peg to the greenback to punish China for recent moves to chip away at the former British colony’s political freedoms. There are even concerns over the visa status of hundreds of thousands of Chinese students who enrol at US colleges and universities each year.

China, in turn, has promised its own response, warning the US and others to stop interfering in Hong Kong and other issues.

“The Ice Age in relations is here to stay,” said Pauline Loong, MD at research company Asia Analytica in Hong Kong and a veteran China watcher. “It will get much colder before there will be any thaw.”

The economic backdrop could hardly be more stark, with the International Monetary Fund (IMF) estimating that by the end of this year 170 countries — almost 90% of the world — will have lower per capita income. That’s a reversal from January, when it predicted 160 countries would end the year with bigger economies and positive per capita income growth.

The deepening divisions are forcing difficult decisions for global business. Facebook, Google and Twitter — all of which are blocked in the mainland — are at risk of the same fate in Hong Kong.

Hours after Hong Kong announced sweeping new powers to police the internet on Monday night, those companies plus the likes of Microsoft and Zoom Video Communications all suspended requests for data from the Hong Kong government. It’s not yet clear how the authorities will respond to that lack of compliance with local rules.

ByteDance’s TikTok, which has Chinese owners, announced it would pull its viral video app from the territory’s mobile stores altogether in the coming days. HSBC Holdings, which draws more than two-thirds of its pre-tax income from Hong Kong, slumped in Hong Kong trading on Wednesday on fears it would lose out if the Trump administration moves ahead with any plan to punish banks in the city and destabilise the currency peg to the dollar.

The expectations are that threats and counter threats will only ratchet up further ahead of the US presidential election in November, with little prospect of a near-term improvement.

“I don’t see any immediate circuit breaker,” said Fraser Howie, author of Red Capitalism: The Fragile Financial Foundation of China’s Extraordinary Rise. “Certainly not in the sense that there is a re-set where everyone says ‘Weren’t we all being foolish, let’s get back to being friends.’ I don’t see that coming any time soon.”

Other countries join the fray

And it’s not just the world’s two biggest economies being affected.

India has said it will ban 59 of China’s largest apps after a deadly Himalayan border clash with Chinese troops that killed 20 Indian soldiers. China warned the UK it will face “consequences” if it chooses to be a “hostile partner” after it emerged the government is preparing to begin phasing out the use of Huawei Technologies equipment in the UK’s 5G telecoms networks as soon as this year.

Since April, China has imposed crippling tariffs on Australia’s barley industry, halted beef imports from four meat plants and urged its tourists and students to avoid going to the nation due to the risk of attacks from racists. The government in Canberra had earlier called for an independent inquiry into the origins of the coronavirus.

While economists said it’s unlikely that the US would follow through on its threat against the Hong Kong dollar, given the risk of damage to US banks and companies, even the discussion of such a move is unnerving for confidence.

“It is a nuclear option, which could result in a financial crisis for Hong Kong, as well as considerable collateral damage for US banks and investors,” said Kevin Lai, chief economist for Asia excluding Japan at Daiwa Capital Markets. “It is not impossible, but we think it is unlikely to happen.”

The idea of striking against the Hong Kong dollar peg — perhaps by limiting the ability of Hong Kong banks to buy US dollars — has been raised as part of broader discussions among advisers to US secretary of state Michael Pompeo and hasn’t been elevated to the senior levels of the White House, Bloomberg News reported.

“There is a fast evolving realignment of forces happening,” said Alicia García Herrero, chief Asia Pacific economist with Natixis. “The spiraling threat will remain with us at least until the US election and, very likely, also afterwards. It is just a new paradigm.”

Slogans, songs and books are banned, and police have arrested at least 10 people, including a 15-year-old, for suspected threats to national security
World
9 months ago