Michael Taylor and his son, Peter, have not denied they were involved in Ghosn’s flight, but they argue in court filings that aiding a bail jumper is not a crime under Japan’s penal code 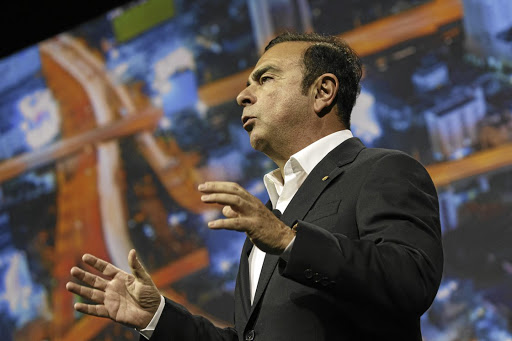 Washington — Two men held in a US jail on charges of engineering former Nissan chair Carlos Ghosn’s escape from Tokyo are trying to use political influence to win bail and avoid extradition to Japan.

Lawyers and lobbyists for former Green Beret Michael Taylor and his son, Peter, have pressed their case before the US justice department and state department, as well as legislators in Congress, according to lobbying disclosure forms and four people familiar with the matter who requested anonymity to discuss a politically sensitive matter.

The Taylors have been jailed outside Boston since mid-May, when US authorities arrested them at the request of the Japanese government. While it’s unusual for Americans wanted by other countries to wage a wide-ranging lobbying campaign in Washington, the Taylors’ effort comes as the Trump administration shows a willingness to depart from standard practice in a handful of high-profile criminal cases.

Under previous administrations, lobbying to influence the extradition process would have been “a waste of time and money,” said Pamela Stuart, an extradition lawyer in Washington. But although the Taylors’ chances of swaying the government remain slim, “all bets are off with respect to the Trump administration”, said Stuart, who isn’t involved in the case.

Prosecutors in Boston have argued that the Taylors pose an “exceptionally high” flight risk because of their skill at executing high-stakes escapes and should remain in custody while a US judge decides whether they are eligible to be extradited to Japan.

As the Taylors seek bail in court, their representatives in Washington have asked legislators to sign a letter calling on the Justice Department to support their request for release, according to one of the people familiar with the case.

And lobbyists hired by Michael Taylor at the law firm K&L Gates have pressed members in the House of Representatives on “issues related to potential US government discussions with Japan,” according to lobbying forms filed in April.

Meanwhile, the Taylors’ lawyers have spoken with Justice Department officials about the bail issue, said one person familiar with the case, and approached the state department to argue that Japan’s extradition request should be denied, according to another.

The legal team consists of defence attorneys based in Boston, Maryland and Washington, including Abbe Lowell, who represented Jared Kushner in the Special Counsel probe of Russian interference in the 2016 election.

“One would think that the US officials would have agreed to allow the Taylors, who are far from any risk of flight, to be released,” he said in a statement. “The refusal to do so is both heartless and incomprehensible.”

The Taylors’ legal troubles began in late January, when the Japanese government issued arrest warrants accusing them of helping Ghosn jump bail while he awaited trial on charges of financial misconduct.

The Taylors arranged for Ghosn to flee on a private plane, concealing him in a box that appeared designed for audio equipment, according to prosecutors in the US and Japan. Ghosn flew in December from Japan to Turkey, where he switched planes and travelled to Lebanon.

The Japanese government asked the US to hold the Taylors in custody while it prepared an extradition request, which it formally made on Friday. The Taylors were arrested in May, and a federal magistrate in Boston, Donald Cabell, is now weighing their plea for bail.

Eventually Cabell will also decide whether there is probable cause to believe the Taylors committed a severe enough offence in Japan to justify extradition under its agreement with the US. If Cabell deems the Taylors “extraditable,” then state department lawyers will vet the case and submit a memo to the secretary of state.

The decision to extradite rests with secretary of state Mike Pompeo. Jeff Denham, a former Republican congressman from California who has described Pompeo as one of his “closest friends”, is one of the four lobbyists at K&L Gates who have worked for Michael Taylor, according to the firm’s filing.

A spokesperson for K&L Gates, which has been paid about $20,000, according to the filing, did not respond to requests for comment.

Over the past two months, K&L lobbyists and lawyers for the Taylors have communicated with at least three members of Congress, either directly or through their staffs, according to two of the people familiar with the case.

The legislators include representative Lori Trahan, a Democrat who represents the Taylors’ congressional district in Massachusetts; senator Edward Markey, a Massachusetts Democrat; and senator Roger Wicker, a Mississippi Republican who has criticised Japan’s treatment of another former Nissan executive, Greg Kelly.

Spokespersons for Markey and Wicker didn’t respond to questions about the lobbying. Francis Grubar, a spokesperson for Trahan, said she is “monitoring the Taylors’ health and safety” while they are in custody but “does not get involved with ongoing legal matters.”

On Saturday, the Taylors’ family called for the release of the two men in a Change.org petition addressed to Wicker and another member of Congress, Representative Michael Waltz, a Republican and former Green Beret. “Michael Taylor is a highly decorated American veteran and hero,” the petition states. “But today he and his 27-year-old son are being treated by our government as if they are terrorists.”

A spokesperson for Waltz didn’t immediately respond to a request for comment.

The Taylors have not denied that they were involved in Ghosn’s flight. But they argue in court filings that aiding a bail jumper is not a crime under Japan’s penal code. Prosecutors have disputed the Taylors’ interpretation of Japanese law, calling it a “purported loophole” that “simply does not exist.”

At a bail hearing in June, defence lawyers emphasised that both men had voluntarily returned to the US after Japan issued arrest warrants. If the Taylors had wanted to circumvent the judicial process, the lawyers said, they could have stayed in Lebanon, which does not have an extradition agreement with Japan.

“There is no chance that these guys flee,” one of the Taylors’ lawyers, Paul Kelly, said at the hearing.

Samuel Witten, a former state department lawyer who helped supervise the extradition process from 1996 to 2001, said it would be unusual for the State Department to reject an extradition request that had been vetted by the courts and government lawyers.

But he said he has occasionally seen people in the Taylors’ situation seek to influence the extradition process by lobbying in Washington.

“It’s not an everyday thing, but it happens,” Witten said. “It sounds like they’re being really creative.”

A former Green Beret and his son smuggled the former Nissan chair onto an aircraft in a large musical instrument case, according to court filings
World
11 months ago