Carmaker claims $91m, an amount that may rise due to penalties and fines it may still have to pay, says suit in Yokohama 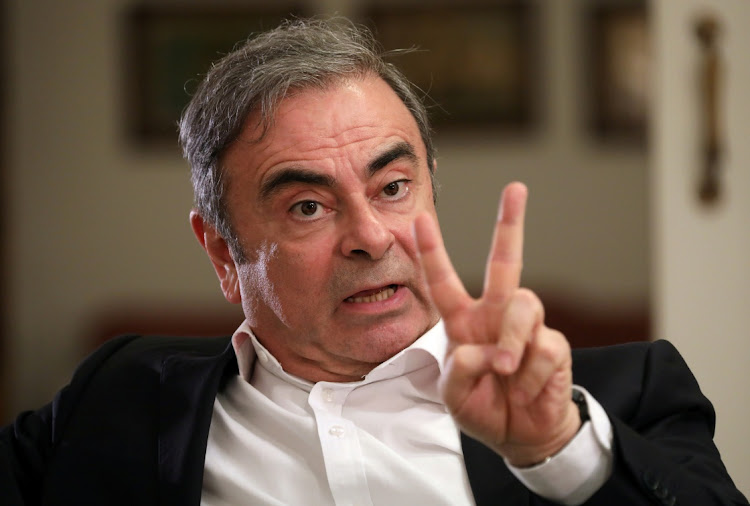 Tokyo — Nissan Motor is stepping up its pursuit of claims against former chair Carlos Ghosn, suing for ¥10bn ($91m) in damages from the former leader of the Japanese carmaker and its alliance with Renault.

The lawsuit filed in the Yokohama District Court seeks to “recover a significant part of the monetary damages inflicted on the company by its former chairman as a result of years of his misconduct and fraudulent activity”, Nissan said in a statement on Wednesday. The amount of the claim may rise depending on fines and penalties that Nissan will be obliged to pay, the carmaker added.

Ghosn was arrested in November 2018 on charges of financial wrongdoing, and faced trial in Japan until making a dramatic escape to Lebanon at the end of December. Nissan and Japanese prosecutors claim the former executive under-reported his income and used company money for personal gain, charges which Ghosn has denied.

The damages sought by Nissan, if successfully reclaimed, could represent a significant part of Ghosn’s net worth. The former car executive’s fortune is calculated to be about $70m, down from around $120m at the time of his first court appearance a year ago, according to estimates by the Bloomberg Billionaires index.

A spokesman for Ghosn said his lawyers have not yet been able to review the complaint, which appears to be part of Nissan’s “maneuvering”. “The legal actions form part of Nissan’s policy of holding Ghosn accountable for the harm and financial losses incurred by the company as a result of his misconduct,” the Yokohama-based company said.

Nissan is not the only party intent on going after Ghosn. Masako Mori, Japan’s justice minister, said recently she will “never give up” on bringing Ghosn to trial, even though the country has so far made little progress in its efforts to have him returned from Lebanon, which has no extradition treaty with Japan.

Ghosn, for his part, is pursuing claims against Nissan, saying he was wrongly dismissed from the carmaker’s Dutch unit and by a joint venture called Nissan-Mitsubishi. He is claiming €15m ($16.4m) in lost income.

The 65-year-old, who was facing two trials on charges of financial misconduct in Japan, jumped bail and fled the country late in 2019 with the help of a security detail led by a former Green Beret. Ghosn has since accused executives at Nissan of plotting with prosecutors in Japan to have him unjustly arrested.

The ¥10bn total that Nissan is seeking is based on payments made to or by Ghosn, including “the use of overseas residential property without paying rent, private use of corporate jets, payments to his sister, payments to his personal lawyer in Lebanon” as well as costs related to the investigation into his actions, and legal and regulatory fees.

Nissan filed a civil lawsuit against Ghosn in the British Virgin Islands in August 2019, seeking damages and the title of a luxury yacht. Nissan also said it may pursue separate legal action over “groundless and defamatory remarks made by Ghosn in comments to the media following his escape to Lebanon in violation of his bail conditions in Japan”.

Could ‘Ghosn Guy’ be the title of a future Carlos Ghosn TV tale?