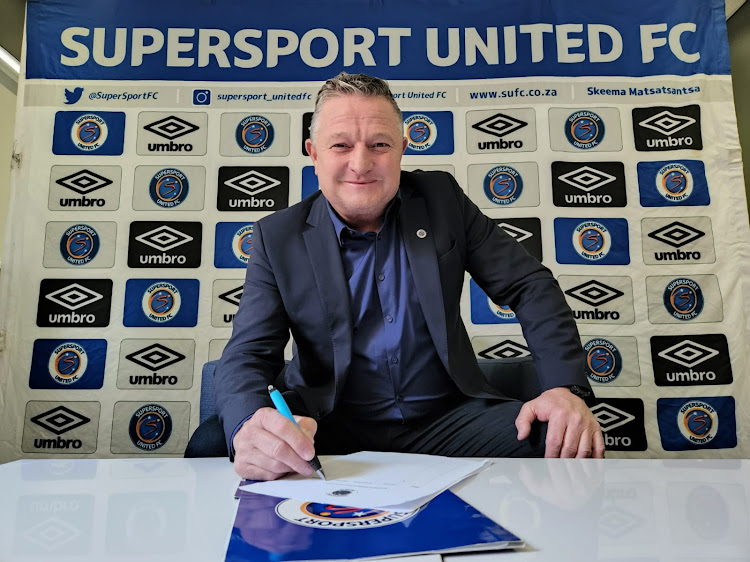 SuperSport United have appointed Gavin Hunt as their coach for the 2022-2023 season, replacing Kaitano Tembo who was sacked towards the end of last season.

Hunt is familiar to SuperSport after winning consecutive league titles with the club in 2008, 2009 and 2010.

Hunt also won the league with the now defunct Bidvest Wits in 2016/2017 and is the second-most successful coach in the Premier Soccer League era behind Pitso Mosimane.

“He’s coming back home and I’m very happy to see Gavin back at the club,” SuperSport chairperson Khulu Sibiya said on Thursday.

Sibiya said he was shocked at rumours that the club is for sale and insisted there is no truth in it.

“This only came as a big surprise to us. The club is definitely not for sale.

“If those people [who say the club is for sale] think they’re going to destabilise SuperSport they’re making a big mistake.”

Hunt last had a job when he coached Chippa United last season. He had been at Kaizer Chiefs in 2020-2021 where he was sacked before the end of that season as the club struggled to get the desired results in the Premiership.