The real problem with SA football is that the country does not have high-quality players, says the manager 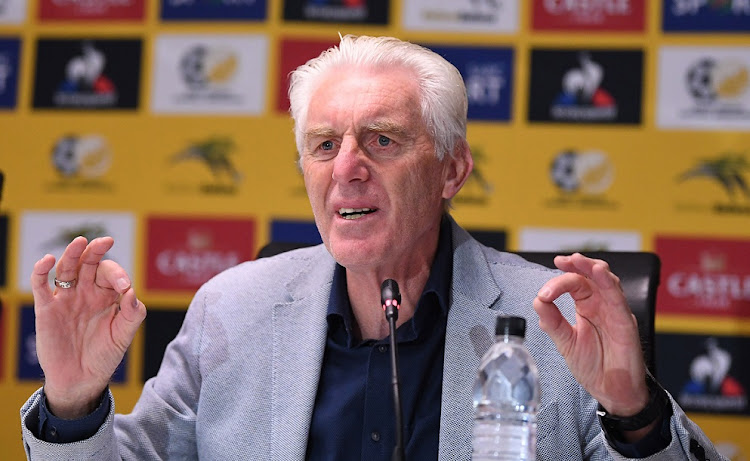 Bafana Bafana coach Hugo Broos has ruffled feathers in the past and he was at it again on Tuesday, saying the level of the Premier Soccer League (PSL) is not high enough and SA played at the 2010 World Cup because it was a gift.

In a media conference where he was supposed to provide a report on the trip to Morocco where Bafana lost their opening match of their 2023 Africa Cup of Nations (Afcon) qualifiers, Broos went off script to address what he said are problems derailing SA football.

“We don’t have players like those of our last three opponents in Ghana, France and Morocco. If you look at Ghana, 90% of their [national team] players are based in Europe. When it comes to France I don’t even have to explain because their players play for big European teams.

“For Morocco, there was only one player playing from Wydad Casablanca, and he is the goalkeeper in the squad that played against us. This shows you enough. All those players are playing in big clubs like Fiorentina, Sevilla, PSG [Paris Saint-Germain] and we don’t have those quality players in Europe,” he said.

“We can look at the fantastic race that Mamelodi Sundowns and Orlando Pirates did on the continent, but Sundowns lost in the quarterfinal stage of the Champions League and Pirates lost in the final of the Confederation Cup.

“Two Moroccan teams in Wydad and RS Berkane won those competitions, and in the Moroccan team there was no player from those teams in the national team except the goalkeeper. Let’s face it, the problem of SA is that the level of the PSL is not high enough.”

Broos also sounded an alarm on the possible bleak prospects of Percy Tau, who may find himself in limbo at Al Ahly after the departure of his club’s SA coach, Pitso Mosimane.

“We don’t produce players of high quality. Our best player is Percy Tau, but he has problems at his team. Even with an SA coach who wanted him in the team, he is not succeeding.

“There was an Al Ahly player who said, and I quote that player, ‘Percy Tau doesn’t have the quality to play in a team like Al Ahly’.

“This is not good. Percy Tau is one of the best SA players at the moment and he can’t succeed at Al Ahly. I don’t blame the player for that. I just see what happens,” said Broos.

“If there is an Egyptian coach who maybe doesn’t like Percy, then they’ll push him out because his performances are not good enough.

“We talk about Al Ahly, which is a big team in Africa, and our best player can’t succeed there.”

Before his departure, the coach still enjoyed the backing of the club’s hierarchy, notably its president
Opinion
1 week ago