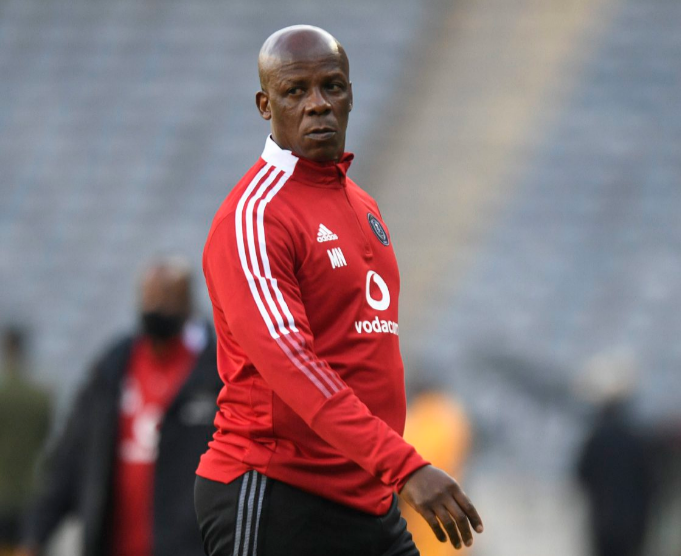 Orlando Pirates coach Mandla Ncikazi says his technical staff have to encourage the players to be calm in front of goal. Picture: SYDNEY MAHLANGU/BACKPAGEPIX

Orlando Pirates co-coach Mandla Ncikazi says his technical staff need to encourage a Bucs desperate for points to be calm in front of goal because “that’s the only way of taking the chances we create”.

Ncikazi admitted it would be a case of two sides desperate for Premier Soccer League points when the underachieving AmaZulu (ninth place) and Pirates (seventh) meet at Kings Park on Wednesday (kickoff 5.30pm).

Both teams have been struck by an epidemic of draws — AmaZulu have nine from 14 games and Bucs seven from 13 — in the opening half of the season.

Ncikazi pointed out both had dominated their previous games — both goalless draws, Pirates against Baroka FC and Usuthu against Royal AM — without converting that advantage into a victory.

“I think it’s two desperate teams — desperate for points,” Ncikazi said. “If you consider how AmaZulu played in their last match, which I thought they should have won, but they couldn’t score. The same scenario with us in our previous match.

“We know they are a good side. But like I said, if Pirates play the way we are playing, dominate the match the way we dominate, and take the chances that we create, we have a big chance of taking the three points.

“We just have to be ruthless in front of goal, be calm and take the chances. Maybe the fact that we are desperate will also create panic among the players where we should encourage them to be more composed about the box. That’s the only way of taking the chances we create.”

Pirates’ draw against Baroka would have been frustrating for the Soweto giants. They had appeared to hit scoring and winning form with five goals in their previous two games — a 3-0 league win away against Stellenbosch FC and the 2-0 Confederation Cup victory over LPRC Oilers in Liberia.