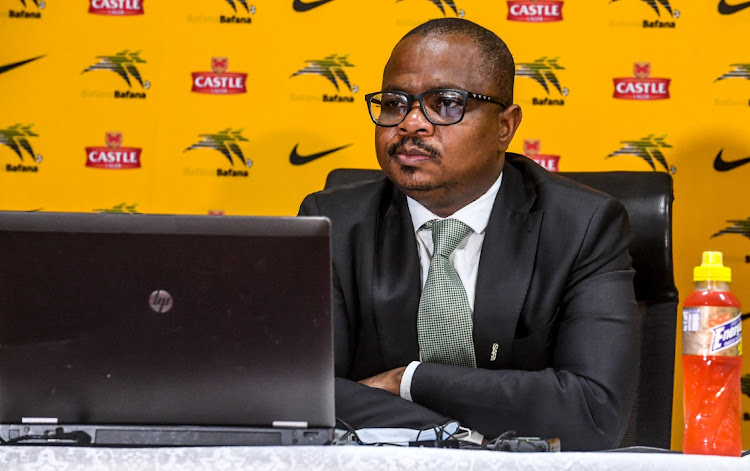 Addo reportedly mocked his SA counterparts in an interview soon after Fifa dismissed Safa’s complaint against the result of Bafana Bafana’s 1-0 World Cup qualifying defeat to Ghana in Cape Coast on November 14. He was quoted as saying Safa “knows nothing in football and this case clearly shows how incompetent they are”, among other choice barbs.

Motlanthe did not take this lying down and asked Addo to clarify the comments attributed to him, but the Ghana FA official distanced himself from the quotes.

“I called him and he denied saying those things,” Motlanthe said on Monday. “The point is we have never attacked the Ghana FA and our issue was with the referee [Senegal’s Maguette Ndiaye] and the way he handled our game. So these comments did not make any sense. He claimed he was misquoted and has reported the matter to the media tribunal [in Ghana].”

Mothanthe said Addo maintained that SA and Ghana “are brothers” and went as far as providing proof that he had registered his unhappiness with the media house in question when it published the report.

There has been simmering tension between Safa and its Ghana counterpart since the  South Africans registered their unhappiness with Ndiaye.

Safa suspected that the match may have been fixed and asked Fifa to investigate Ndiaye, who awarded a match-winning penalty and also made numerous other questionable decisions that benefited the West Africans.

Safa wanted the game to be replayed at a neutral venue and for action to be taken against Ndiaye and his colleagues, Samba Elhadji Malick (assistant one), Camara Djibril (assistant two) and Gueye Daouda (fourth referee).

Safa sent documents to the world governing body and to the Confederation of African Football, including a report by former Fifa referee Andile “Ace” Ncobo. But these efforts appeared to have come to nothing after Fifa dismissed the case at the weekend without providing any details.

The world governing body took days to announce a decision and when it finally did so, it was in the form of a one-liner that contained little information.

Safa had 10 days, in terms of article 51 of the Fifa disciplinary code, to request the reasons for the dismissal of the case, or the decision would have been final and binding. But Motlanthe said they wasted no time in firing off the letter to the world governing body and are now awaiting a response.

“We are waiting for their reasons for dismissing the case and once we have their reasons, we will decide on the direction to take,” he said.

Fifa sent a letter on Monday “saying they have received our letter, and we have met our obligations as required. We are now waiting for them to furnish us with the reasons.”