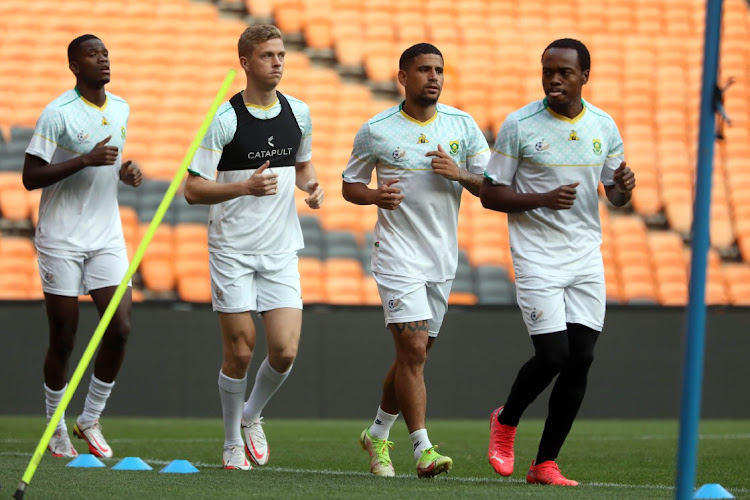 Ethiopia did Bafana Bafana a huge favour on Thursday when they held Ghana to a 1-1 draw in a Group G World Cup qualifying match at Orlando Stadium.

Bafana, who played Zimbabwe late on Thursday, have a good chance of winning the group and advancing to the final round of African qualifiers for the 2022 finals in Qatar.

If Bafana beat Zimbabwe they will go to Ghana for their last qualifier on Sunday three points clear of the Black Stars at the top of Group G.

If Ghana win Sunday’s game they can only top the group if their goal difference is better than that of Bafana. Bafana are one goal better off than the Black Stars.

Ethiopia had no business disturbing Ghana in winning this match as they were already out of the running for Qatar, but Ethiopia’s skipper Getaneh Kebede cancelled Ghana’s first-half lead with a well-taken strike inside the area in the 79th minute.

Black Stars captain Andre Ayew looked to have given the “away” team all the three points when he beat Balcha Shanko with a superb free-kick just outside the area in the 21st minute.

Ghana dominated the proceedings but Ethiopia also created a few chances that goalkeeper Joseph Wollacott did well to keep out in the first half.

There was always a chance Ghana could extend their lead with Ayew’s brother Jordan, Mohammed Kudus and Richmond Boakye all looking dangerous in the Ethiopian penalty area.

The lush pitch in Orlando suited most of the Ghanaian players who are based in Europe but Ethiopia too looked comfortable on the ball and could have won if they had taken their chances.

Shemeles Bekele came close to equalising for the Ethiopians when his strike hit the upright on the hour mark with Wollacott well-beaten.

But 10 minutes later there was no chance of Wollacott denying Kebede who finished with aplomb inside the area after an exciting build-up.

This game was moved to SA after Fifa and Caf ruled that there were no stadiums in Ethiopia which met their standard. The decision was odd because the Ethiopians had already hosted both Zimbabwe and SA at Bahir Dar Stadium.

The Ghanaian team had protested against the match being hosted in a country which had their biggest rivals in the group. Their complaints fell on deaf ears, so the match went ahead in Soweto.