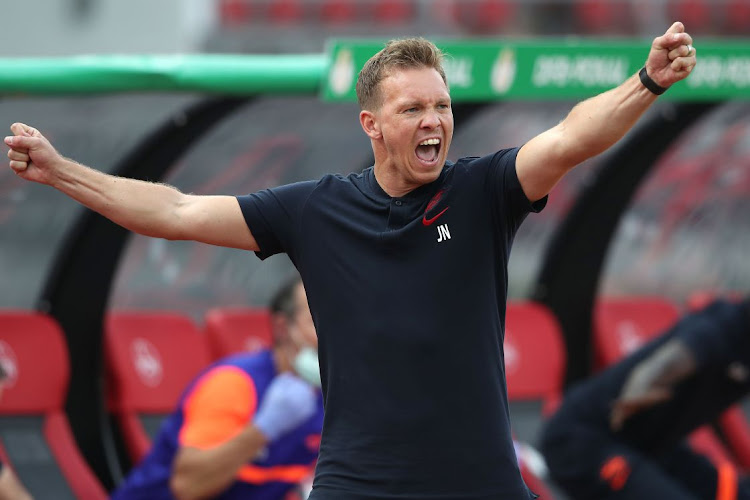 Munich — Bayern Munich have signed RB Leipzig coach Julian Nagelsmann to take over from Hansi Flick next season on a five-year contract, the club said on Tuesday.

The 33-year-old Nagelsmann took over at second-placed RB Leipzig in 2019 and led them to the Champions League semifinals in 2020. Flick is leaving Bayern at the end of the season of his own free will despite having a contract until 2023.

Nagelsmann, the youngest Bundesliga coach when he took over at Hoffenheim five years ago, was long seen as a Bayern target.

“Julian Nagelsmann represents a new generation of coaching,” said Bayern president Herbert Hainer. “Despite his young age he has already had an impressive track record. We are convinced that with Julian Nagelsmann we will continue the success of the past years.”

Nagelsmann led Leipzig to third place in his first season as well as the Champions League last-four, while this season his team still have an outside shot at the title, seven points behind Bayern with three games remaining.

He will, however, have great expectations placed on him after Flick won every title available in the 2019/2020 season with a six-trophy run. Flick may well also leave with yet another Bundesliga crown, extending Bayern’s league run to nine consecutive titles.

“For me the past two years have been unforgettable,” Flick said in a club statement. “It was an outstanding time. You only have success together. A coach is nothing without a team and I was lucky to have fantastic players here in Munich.”

Flick is the strongest candidate to succeed Germany coach Joachim Loew after the Euro championships in June.

Daniel Pinto’s firm was bankrolling the breakaway soccer project, anticipating millions in fees, then the fans spoke out
Companies
8 months ago