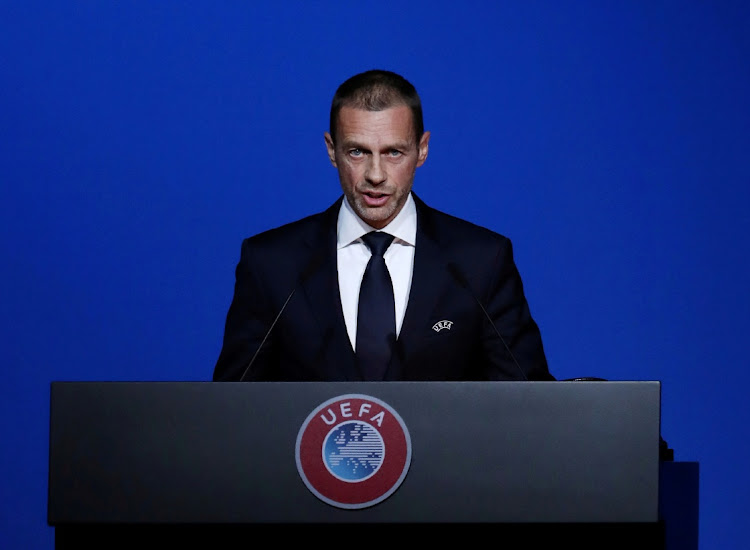 Manchester — Uefa president Aleksander Ceferin has praised UK Prime Minister Boris Johnson and his government for helping to force six English clubs to pull out of the breakaway Super League venture, saying they had taken the side of a fan revolt.

Twelve of Europe’s top clubs announced on Sunday they were setting up a breakaway competition to rival Uefa’s Champions League but the “Big Six” English clubs pulled out on Tuesday after a wave of criticism, protests and political pressure.

Manchester United, Manchester City, Liverpool, Chelsea, Arsenal and Tottenham Hotspur all signed up to the Super League before changing their minds after 48 hours.

Ceferin, who runs European soccer’s governing body, said he had been in touch with Johnson and his government after the breakaway was announced.

“They responded excellently: I must say I was impressed by their effectiveness. They immediately said they were available to us, for anything, to release a sharp statement. And that reaction from the British government has helped a lot,” he said.

On Tuesday, Johnson met the Premier League and Football Association. Several newspapers reported he had told them he was ready to drop a “legislative bomb” to stop the breakaway.

The prime minister’s spokesperson told the BBC measures under consideration included preventing foreign players of the clubs involved getting work visas — which they need after Brexit — and the withdrawal of police funding for match days.

Ceferin said Johnson had recognised the anger of football supporters. Fans had protested outside grounds including at matches involving Liverpool and Chelsea.

“I find it very responsible from the prime minister of the UK to take a sharp stand on the side of the fans, not only because of the culture and love of football, but also because it ensures order in the country.”

Thanks to a tidal wave of outrage from fans, governments and regulators, the European Soccer League plan looks dead in the water, even if it isn't ...
Opinion
1 week ago
Next Article