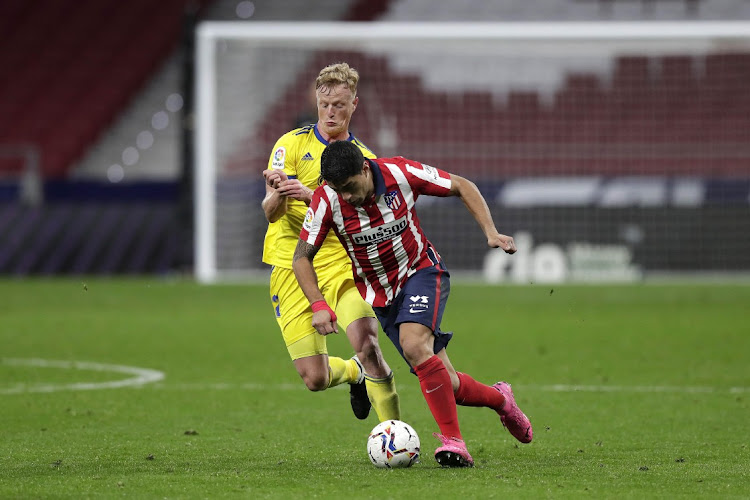 Madrid — La Liga’s only unbeaten side, Atletico Madrid, will have their title aspirations put to the test this weekend when they host Barcelona.

Atleti have started the season in fine fettle, winning five and drawing two of their seven fixtures to sit three points behind table toppers Real Sociedad, with two games in hand.

Barcelona, meanwhile, have had a shaky start under new coach Ronald Koeman and after defeats to Real Madrid and Getafe the Catalans can ill-afford another slip-up.

Taking some of the spice out of the game, Atletico’s Luis Suarez is almost certain to miss a reunion with his former club after testing positive for Covid-19 while on international duty earlier this week.

The Uruguayan forward was told he could leave the Camp Nou by Koeman in the northern summer, but has shown Barca what they are missing in recent weeks with five goals in six appearances.

Since taking over at Atletico in 2011, Diego Simeone has triumphed over Barca in the Champions League but never beaten them in a La Liga game, and many observers suspect that Saturday night will be his best chance to change that statistic.

Simeone’s side will go into the match unbeaten in their past 18 home games in the league; their last defeat coming at the hands of Barcelona in December 2019.

Lucas Torreira joins countryman Suarez on the absentee list for Atleti, having also tested positive for Covid-19, and Hector Herrera is out with a hamstring issue. However, there is better news with forward Diego Costa returning to training this week.

Barcelona will be without Ansu Fati, who is a long-term absentee with a knee issue, while Sergio Busquets will also miss the trip to the capital after injuring himself on international duty.

Elsewhere, on the back of their humiliating 4-1 defeat to Valencia, Real Madrid visit second-placed Villarreal earlier on Saturday with an injury crisis of their own. Captain Sergio Ramos and defensive partner Raphael Varane both limped off during midweek internationals.

The duo joins the likes of forwards Karim Benzema and Eden Hazard as doubts for the trip, while midfielder Federico Valverde remains absent with a broken leg.