Chiefs will grind out a win, says Katsande 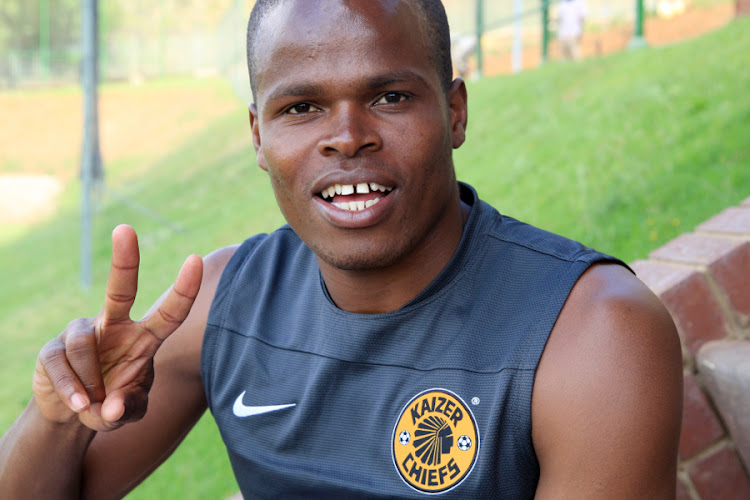 Kaizer Chiefs will grind with everything they have for a second huge Premier Soccer League (PSL) victory against Mamelodi Sundowns in the title race‚ Amakhosi midfielder Willard Katsande says.

With the gap having been painstakingly whittled to three points by second-placed Sundowns‚ Chiefs know they could lose their advantage in the championship battle in the clash at Orlando Stadium on Thursday.

Given 2016 Caf Champions League winners Downs’ trophy-clinching experience‚ and Chiefs not having won silverware in four seasons‚ a betting man might be inclined to put money on the Brazilians.

Chiefs‚ ninth-placed finishers in 2018-2019‚ also were not given much hope of a victory in the corresponding away fixture in October‚ when a 2-0 win to Amakhosi signalled the Soweto giants would challenge for the title in their 50th anniversary season.

“When we played them in the first round people never gave us a chance‚” Katsande said. “And we knew what we wanted and we knew that if we applied the tactics the coach told us we were going to come out victorious‚ and we would have been good visitors at the capital city.

“Going into this match‚ we know what’s at stake. We just want to try to improve‚ keep going forward‚ keep on doing well ... Because we started this journey when everyone was not even giving us a chance as we were coming from a bad season not even finishing in the top eight.

“We just need to approach this match with respect to our opposition. At the same time that we are calm‚ we are very aggressive. We are still in control. It’s up to us what we are going to dish out in this match.

“But the most important thing is that it’s not about skill‚ it’s not about experience — it’s about who wants it more at that particular time. We just need to put our hearts in it and just go and grind. And if they run 3‚000km we need to run 5‚000km to grind the result.

“The most important thing is that we really want the result‚ and we are going to work hard for it.”

At the same time Chiefs coach Ernst Middendorp has refused to be drawn into responding in kind to what he called the “mind games” of opposition coach Pitso Mosimane.

In a familiar scenario that has been played out many times this season‚ Mosimane fired the first salvo in the psychological battle. After his team’s 1-0 Monday win against Lamontville Golden Arrows reduced Chiefs’ lead over Downs to three points‚ Mosimane said “the title is on Chiefs to lose‚ not on us”‚ adding‚ “we are just chasing”.

While Downs’ coach said he would rather be in Chiefs’ position‚ the message was also clear‚ and clever.

Asked about Mosimane’s comments, Middendorp said: “It’s a very clear understanding‚ and it’s nice‚ if you want to make mind games or to make sure to talk to other guys about what happened in the past.”

Relegation looms as AmaZulu are forced into a draw