Chiefs coach rejects claims he is sidelining the talented midfielder 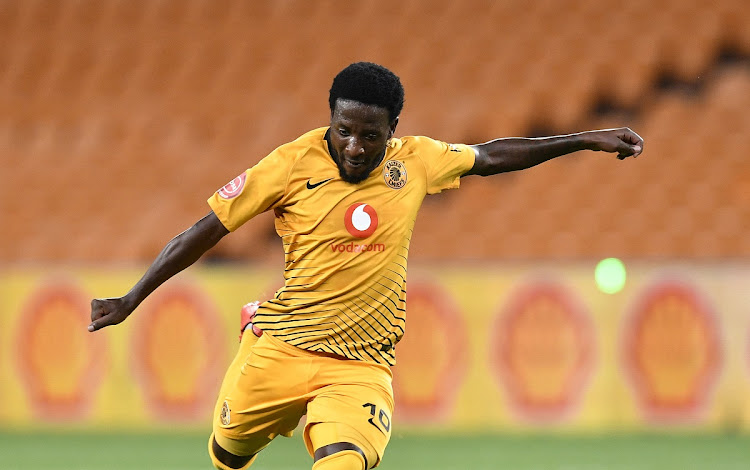 Kaizer Chiefs coach Ernst Middendorp has dismissed suggestions that he’s got it in for Siphelele Ntshangase and that he has made it his mission to make life difficult for the talented midfielder.

Ntshangase has barely featured for Chiefs for more than a year and many observers have suggested the snub under Middendorp’s regime was personal. But the coach insists he respects the player‚ who agreed to a one-year contract extension at Chiefs in June‚ and remains very much a part of the team.

“He’s a player who’s in the bubble with Kaizer Chiefs and he deserves respect‚” Middendorp said. “And despite you not believing it‚ he gets every second working with him my respect in the fullest.”

Ntshangase’s inclusion in the starting 11 against Stellenbosch FC on Sunday raised a few eyebrows as he has spent more time in the stands than as a substitute since Middendorp’s arrival at Naturena in December 2018.

His exclusion has been the subject of numerous debates and the Chiefs coach seems to have  been following them. “I know stories are there that I don’t like this one and I don’t like that one‚ but we tried to have a ball player‚ in particular‚ because some players were not available‚” said Middendorp.

“He didn’t play for a long time. [But] I was not unhappy with him‚ definitely not. He’s a player‚ he’s a ball receiver more or less on the same level where we had Willard Katsande.”

Ntshangase was substituted at halftime in the match against the Cape side and Middendorp felt the need to explain the thinking behind the decision. “We were 1-0 down. So‚ we had to take somebody who is probably a little bit higher up‚ closer to the forwards‚ and that was the reason for taking Dumisani Zuma into the team‚ and into more attacking forward spaces between the line‚” he said.

“Siphelele is more of a player who is a ball receiver‚ who is passing out of a deeper position‚ which considering that he hasn’t played for a long time‚ was definitely an acceptable performance‚ there’s no doubt.”

Eyebrows were raised after the largely forgotten Ntshangase agreed to a one-year contract extension in June‚ but his business manager Jazzman Mahlakgane insisted at the time that he was unfazed. Because of his limited opportunities under coach Middendorp‚ he said, the decision was a calculated risk but one they hoped would work out for the player in the long run.

Mahlakgane and his client will be happy that he finally got a chance to make an appearance on Sunday.

Chiefs face second-placed Mamelodi Sundowns in a league match on Thursday and Ntshangase will hope to get another run against the defending champions.

Middendorp stressed that upsets always seem likely in Covid-19 conditions, so Chiefs will try to find solutions to prevent another upset result on ...
Sport
11 months ago