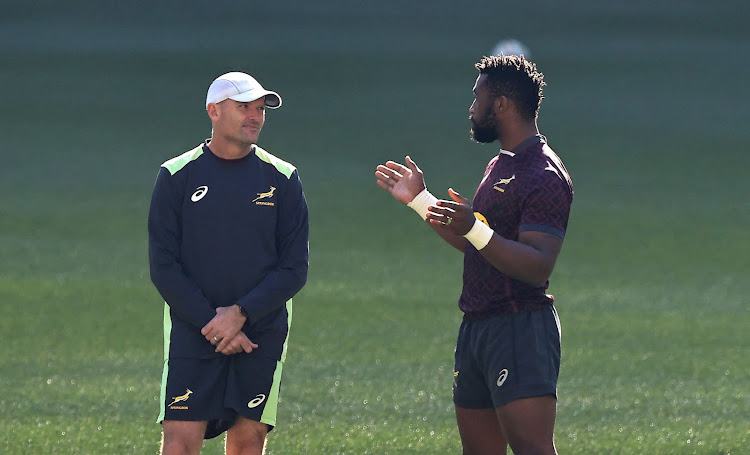 SA coach Jacques Nienaber had earmarked a role for flyhalf Morné Steyn at the 2023 Rugby World Cup in France but respects his decision to retire from the international game.

Steyn announced on Tuesday that he would no longer be available for the Springboks, bringing to an end a 12-year international career with 68 Tests, and which was recently revived as he kicked the team to victory against the British & Irish Lions in August.

The 37-year-old cited family reasons for his decision to quit the Boks, and Nienaber has no qualms with the decision, especially in light of the harsh biosecure bubbles the team has had to endure this year.

“He is a big family man and especially with Covid-19, access in and out of squads is not easy for family members. He really missed his family and I think that is the big contributor in terms of him making his decision,” Nienaber said on Tuesday.

“We would not have selected him for the Lions series and the Rugby Championship if we did not feel there was a role for him still to play up to 2023. But we are all at different stages of family lives, and we respect his decision and wish him well. He is a fantastic rugby player and person.”

Steyn kicked the winning penalty for the Boks in the third and final Test against the Lions that clinched the series 2-1 two months ago, having also booted SA to a series success against the tourists in 2009.

He was not part of the Boks’ World Cup-winning side in 2019 though, having not played any international rugby from 2016 until his recall for this year’s Lions series.

“He has been such a great servant to SA and a brilliant rugby player,” Nienaber said. “Beating the British & Irish Lions twice, and the manner in which he did it, speaks volumes for the guy on the rugby field.

“And then off the field, he was phenomenal to work with in the last 20 weeks [since his recall]. He always contributed, always painted good pictures to help us prepare the team. He was never scared to give his wisdom to the younger players.”