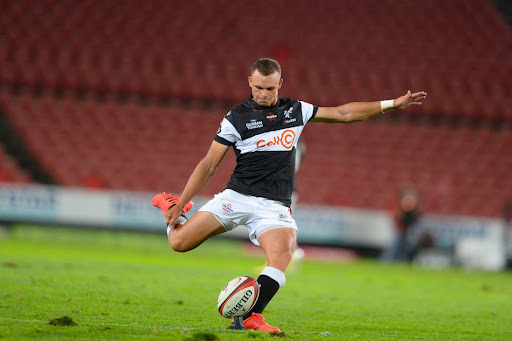 Sharks utility back Curwin Bosch has not given up hope of returning to the Springboks, even though the flyhalf and fullback positions are fully stocked at the national team.

Bosch, who has referred to himself as a “10 who plays at 15", missed out on Springbok selection for the British & Irish Lions tour and the Rugby Championship with coach Jacques Nienaber preferring Handrè Pollard, Elton Jantjies and Morné Steyn as flyhalves.

To provide cover for Pollard, Jantjies and Steyn at No 10, Nienaber went for Damian Willemse and Frans Steyn. Bosch is also behind Willie le Roux, Aphelele Fassi and Warrick Gelant at fullback.

“The dream has always been to play for the Springboks and represent my country,” he said as the Sharks prepared to take on Ospreys in their third match of the United Rugby Championship (URC) on Friday night where they will be looking for their first win of the competition.

“As far as the pecking order is concerned in the Boks squad, that’s not up to me but it is up to coach Jacques Nienaber and Rassie Erasmus at the top. For me the most important thing at the moment is to do well for the Sharks and it always makes my job easier if the Sharks do well.

“My only focus at the moment is doing well for the Sharks in the United Rugby Championship and if we are able to get positive results, everything will take care of itself.”

In the opening two URC defeats to Munster and Glasgow Warriors, Bosch was used by coach Sean Everitt at fullback with Boeta Chamberlain playing at flyhalf, and he says he was consulted about the decision.

“We have spoken about it, kicking plays a big role and especially against the European sides. Ospreys are a team that kick a lot and they also kick smart, so we definitely have to sharpen up that aspect of our game. We are also going to have to be patient with our kicking game.”

“There have only been a couple of games where I played at 15 and we actually had a chat about it, we thought it would be good for me to play 15 again.

“It is a learning curve for me as well to play against European opposition at No 15, obviously there is a lot more kicking that is going there. I have always said that I am a 10 who can play 15 and it is going to stay that way.”

Siya Kolisi: I was sniffing petrol with bad boys until rugby rescued me