Boks like it tough, says Kwagga as he throws down the gauntlet to Wallabies 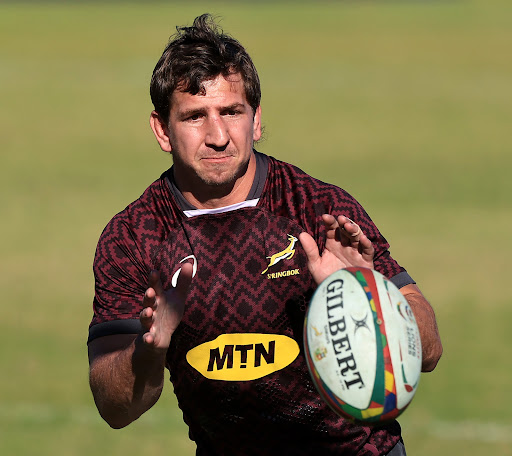 Fiery Springbok loose forward Kwagga Smith has thrown down the gauntlet to the Wallabies, saying his team like it tough ahead of Saturday’s pivotal Rugby Championship clash in Brisbane.

After slipping to a narrow 28-26 defeat against the same opponents last Sunday, the Boks’ hopes of retaining their Rugby Championship crown rest on them winning at the Suncorp Stadium (kickoff 9.05am SA time).

The defeat left the Boks second on the log with 10 points — five behind leaders New Zealand at the halfway stage.

After Saturday’s clash, the Boks will take on the All Blacks in back-to-back matches on September 25 in Townsville and October 2 in Gold Coast.

“The coming weeks are going to be tough, but we like it tough,” Smith said. “This is what we like and we are looking forward to what is coming.

“We felt disappointed after the loss to Australia and we could have closed it out easily. But we slipped that opportunity.

“The Boks scored three tries and they only scored one. We slipped up in a few areas and we can work on that, and luckily it is stuff we can fix and is not major stuff. So we will fix that and we will be ready for the weekend.

“The team obviously want to do better than we did last week.

“It was amazing playing in front of fans again and it was a good experience coming from a few games when we did not have fans. When we ran on there were a lot of SA supporters and that was good.”

Smith said his job was to make an impact from the bench and give his team momentum.

“The job of the replacements is to come on and to bring energy to the team,” he said. “Specially for us because we are loose forwards moving around. The guys who started the match need to feel the energy.”

Smith said the Boks had analysed the Aussies and had been expecting an onslaught in the first game.

“We had a look at how they play and stuff they do off the ball,” he said. “So for us we knew it was coming, but I feel we did not stop the momentum as we should have.

“That gave them front-foot ball and that is why they attacked so well. Although they only scored one try, they got a lot of momentum.

“So for us it was a work-on this week to train hard to back our defence and stop momentum. Getting momentum and stopping momentum is something we will work on.”

“I love to play against him and have come up against him a lot in Super Rugby and now at Test level. He is a really good player and all credit to him. Michael has played a lot of Test matches and is a player who can go 80 minutes every game.

“He has done it before in Super Rugby where he played in basically all the games. It is great playing against a guy like that because you know he will be at his best and you must be at your best to beat each other.”

Smith said he did not expect to be called into action to cover for a back. “That will be a last resort if something happens and we are in trouble. I would probably go to the wing or centre and I made my Currie Cup debut on the wing

“So if it really happened, and I need to do it, I will be able to slot in there. With the experience we have in the backline they will make it easy for me.”

Apart from the flyhalf knowing what to correct, team is focusing on building for the next Rugby World Cup
Sport
1 month ago
Next Article