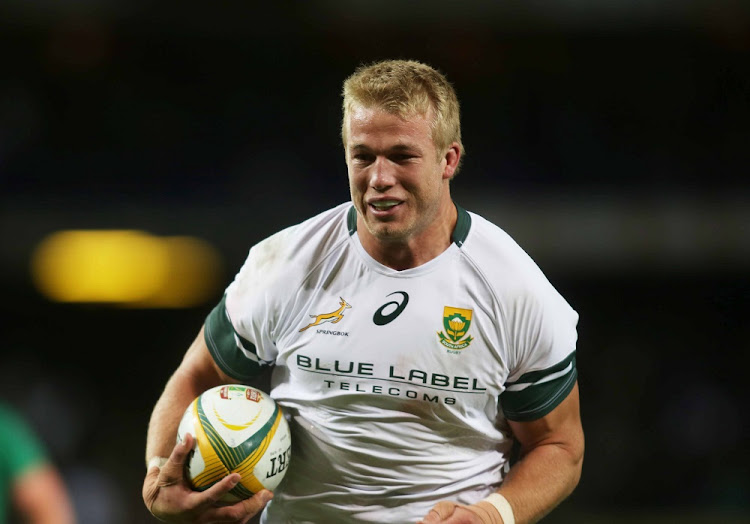 Du Toit was named World Rugby Player of the Year in 2019 when the Springboks won the World Cup.

“Toyota Verblitz is a club that is well respected and an institution that reflects hard work, high performance and elite standards. It’s a privilege to be part of such an environment,” he said.

Tuipulotu, who led the Blues to the Super Rugby Trans-Tasman title, signed a contract with New Zealand Rugby to 2025 and the new deal permitted him to move to Japan with a return home slated for mid-2022.

Tuipulotu is reunited with former All Blacks World Cup-winning coach Steve Hansen, who is now director of rugby at the club, while he will be playing under coach Simon Cron, also a New Zealander.

“I hope I can add value and assist Toyota in their goal of being the best club in Japan,” Tuipulotu said. “It will be pleasing to see some familiar faces at the club.”

Verblitz lost to Panasonic Wild Knights in the semifinals last season. The new season is scheduled to kick off in January.

Damian Willemse says he is learning from Frans Steyn, who is bringing calm to the squad
Sport
2 weeks ago