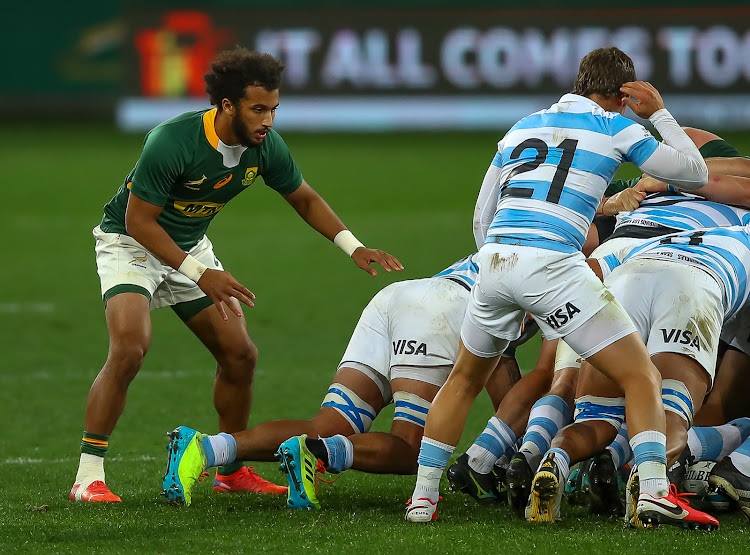 The manner in which SA’s young guns stepped up to the tee in winning style in Saturday’s first Test against Argentina was extremely pleasing, Springbok assistant coach Deon Davids said.

The Boks fielded a new-look team with 10 changes to its starting line-up. There was a debut try for former Dale College pupil Jaden Hendrikse and hooker Joseph Dweba also impressed in his first outing in the green and gold.

Davids said SA’s display was testament to the country’s strong talent base, which would be vital during a tough season that includes tours to Australasia and Europe.

“We always look for opportunities where we can broaden the experience of the players within our group and we consider different factors relating to that,” he said. “From that point of view, I’m very happy with the way the new guys have stepped in.

“At this stage, after a competitive series against the British & Irish Lions, playing against a quality side like Argentina was a big step for these youngsters to make. We were glad they reacted the way they did. There were some good moments and they handled them quite well.

“I think the leadership of the senior players and the way the youngsters react to that and being able to put up a performance like they did speak to that whole team base effort.”

Davids said the Boks had a few injury issues to consider before naming their team for the second Test.

“We are a bit thin in terms of scrumhalves and loose forwards and a couple of guys there are struggling with injuries,” he said. “That is why a guy like Jaden Hendrikse came in and had his first cap and also Jean-Luc du Preez is coming in because we still have injuries to Duane Vermeulen and Marco van Staden injured himself in the last action of the game on Saturday.”

Davids said the Boks would be working hard on the training pitch ahead of Saturday’s Test against Los Pumas.

“There will always be areas we would like to improve on and we did individual analysis and also analysed our systems and work ethic. If we look at forwards analysis, we must look in terms of skills and where we can improve,” he said.

The Boks will name their team for the second Test on Tuesday.