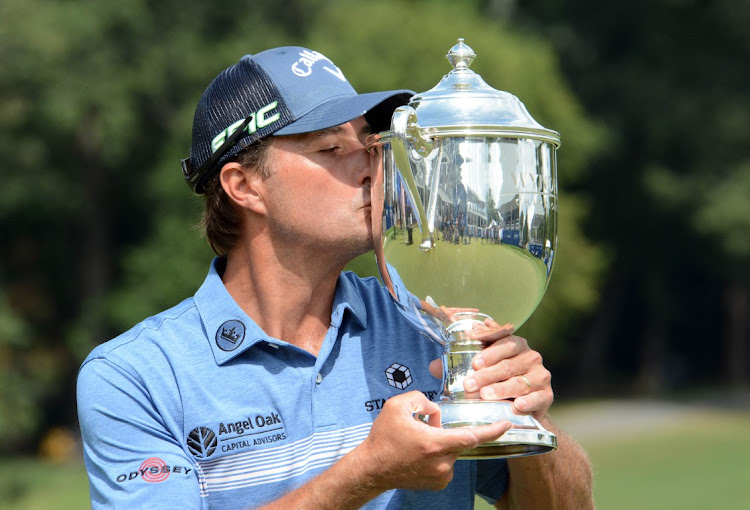 Kevin Kisner emerged from a six-way playoff on Sunday to claim his fourth PGA Tour title at the Wyndham Championship in Greensboro, North Carolina.

Playing the 505-yard, par-4 18th hole, Kisner landed his second shot four feet from the pin for an easy birdie, a score none of his other competitors could match.

“It was a heck of a week,” Kisner said. “To be honest, coming down with three or four holes to go, I really didn’t think I had a chance to win. I wasn’t watching the boards all day. When I birdied 16, I looked up and saw that I was only one back, and I knew that 17 was a birdie hole and if you could hit a good drive on 18 you could have a chance.”

The playoff was not the only time Kisner flashed with his approaches on Sunday. To get to 15-under 265 and qualify for the playoff, he birdied number 16 and 17, the latter thanks to a wedge shot he stuck inside two feet of the cup. He posted a final-round 66 with six birdies and two bogeys.

“I never thought that Adam was going to miss that putt,” Kisner said. “The only thing I could think of was he probably had to wait on that putt longer than any putt he’s ever had to wait on to win with [five] guys going ahead and putting before him.”

Already a lock to make the playoff field, Kisner moved up 40 spots in the FedEx Cup points standings to No 29. The top 30 players get to play for the Cup in September’s Tour Championship.

Kim sparkled with a 6-under 64 that featured a seven-foot eagle putt, four birdies and no bogeys. Na eagled the par-5 fifth hole to jump to 15 under and make the playoff.

Though they could not quite wrap up a win, Scott and Sloan got off the FedEx Cup playoff bubble with their stellar performances in Greensboro. Scott entered the week No 121 in the standings, just inside the top 125 who qualified for the first leg of the playoffs, and Sloan was at No 131.

With the tie for second finish, Scott moved up to No 82 in the standings and Sloan got himself in at No 92.

Russell Henley, the solo leader after each of the first three rounds, missed the playoff by one stroke due to four bogeys on his back nine, including No 18. He missed a six-foot par putt there that would have kept him in the playoff.

“Two three-putts on the back nine got me,” Henley said. “I really felt like I hit both those putts on 18 how I wanted to. I feel like I hit the second putt right where I was looking and it broke.”

The low round of the day belonged to Chesson Hadley, whose 8-under 62 included his first career hole-in-one. Hadley finished 12-under 268, part of a tie for 15th, and grabbed the 125th and final FedEx Cup playoff spot.

LALI STANDER: Savour the small wins and victory might land on you

It's impossible to say how and why we play well or badly, but some anecdotes give us food for thought
Sport
1 year ago

Initially a disinterested participant in Tokyo, the golfer is looking forward to the 2024 Paris Games
Sport
1 year ago
Next Article