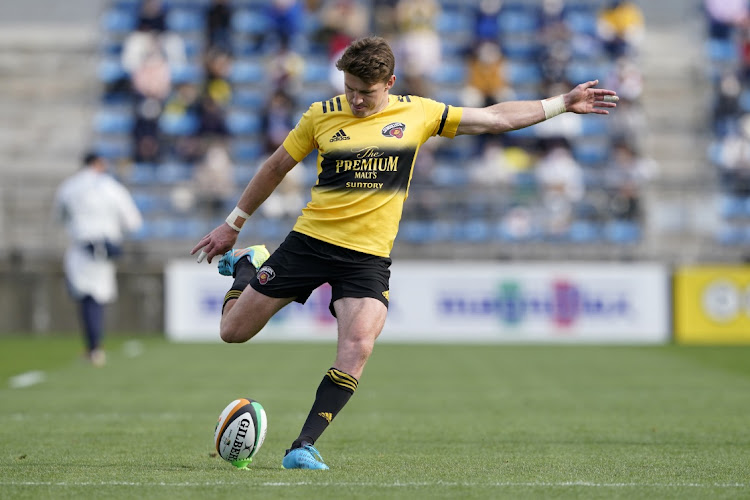 One of the more absorbing side plots in the build up to the commemoration of New Zealand’s 100-year Test rivalry with SA is who will be pulling the strings in the All Blacks team this year.

Beauden Barrett‚ the All Blacks flyhalf for much of the past decade‚ escalated the debate in a virtual conference with assembled media from around the world when he made it clear he again wants to be considered in the position that got him selected in the first place back in 2012.

As outrageously gifted as Barrett is‚ he has had to make way for the prodigious talents of Richie Mo’unga in recent years‚ often finding himself taking up position in the backwaters of the last line of defence.

Mo’unga has disappointed‚ but Barrett again wants to compete for a jersey for which he holds far greater affinity.

Asked whether he would want to be considered as a flyhalf Barrett said: “Absolutely! I’ve always wanted to be team first. I guess this 10‚ 15 thing has been a system selection. I have no doubt I wasn’t the best out and out 15 for the All Blacks especially with Jordie [Barrett] and Damo [Damian McKenzie] around last year‚” said Barrett from Japan where he plays for Suntory Sungoliath.

Having Mo’unga at flyhalf and Barrett at fullback at times suited the All Blacks. It ensured the on field presence of two of their most potent attackers at the same time. Barrett’s breathtaking speed from the back proved particularly difficult to keep up with.

As Barrett alluded to‚ that did not necessarily put him ahead of his rivals when it came to weighing up the virtues of a 15.

“The way we wanted to play I could understand that and bought into that. There is no hiding from the fact Damo‚ Will [Jordan] and Jordie are all playing great rugby. Regardless of that I’m really enjoying my time here at Suntory. I guess that has given me the burning desire to get back to and be better than I have been in the All Blacks jersey‚” said Barrett.

He knows he can’t take anything for granted and has convincing to do. He will need to show his experience in Japan has not softened the steely intensity that is required to front up for the All Blacks.

“There will be a two-week quarantine‚ and two to three more weeks including a camp before the first game‚” Barrett pointed out. “I back myself. I’m sure if I’m selected in this squad coming up through training and in an All Blacks environment I can get myself back up to Test match intensity. I’ve been playing a lot of rugby so fitness and skills [are in place].”

Though Mo’unga has just about taken ownership of the All Blacks’ No 10 jersey since he made his debut in 2018‚ Barrett has an impressive record against New Zealand’s fiercest foes.

In clashes against the Springboks‚ Barrett has been on the winning side 11 times‚ has lost twice and  drawn one. That is a 78.5% win record.

Mo’unga is yet to lose a Test to the Boks with a brief record made up of two wins and a draw.

The Boks and All Blacks will mark their century-long rivalry when they are scheduled to clash in Dunedin in the Rugby Championship later this year.