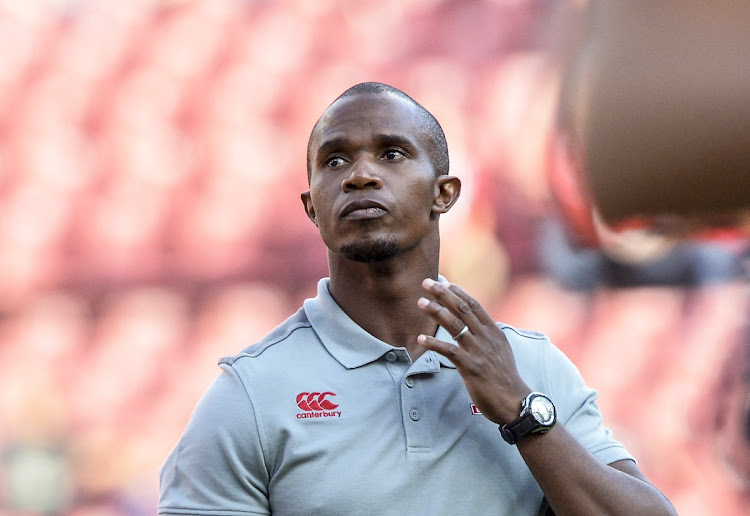 The Bulls boast an impressive defensive record in Super Rugby Unlocked after five rounds of matches, but defence coach Joey Mongalo is refusing to claim all the plaudits.

The Pretoria side‚ who are set to be crowned champions after the match between the Sharks and Stormers in Durban was cancelled due to positive Covid-19 results‚ have conceded only eight tries and given away the least points (87).

The Bulls are supposed to face the Pumas at Loftus on Saturday but the game is in danger of also being cancelled as some of the visitors who tested positive last week will only finish their quarantine on Thursday.

Mongalo said the Bulls owe their success to team effort and hard work by the whole camp.

“The one thing I must clarify from the beginning is that it’s never my stats defensively‚” said Mongalo. “It’s only ever my fault when we do badly, but when it’s going well it’s the whole department. So I have to give credit where it’s due and I am being dead honest here.

“Also‚ if you have a head coach [Jake White] in charge who the guys want to play for and defend‚ that makes a massive difference.

“If you’ve got a pack that Russell [Winter] is busy with and they refuse to let anybody score maul tries or scrum them for penalties‚ that also makes a huge difference,” Mongalo said.

“If you have a guy like Nollis Marais [breakdown coach] who works hard with the guys at the defensive breakdown‚ it makes it impossible for teams to play‚ then you’ve got two or three players who lead the defensive system. Then you are actually looking at a whole department getting the rewards of all their hard work.

“I want to put all the credit to all those guys for what they are doing. But obviously we are very happy with where the results are at the moment and we will just keep fighting to do more of the same.”

Mongalo said he is learning a great deal from White, who recruited him from the Lions in May.

“I keep on reminding myself that the guy has been coaching for 40 years and that’s longer than I have been alive.

“For me it’s just about learning as much as I can from him, and his experience will be helpful for us as we go to Europe next year. We are also able to impart into his life by giving things that we see from our perspective because this is a mutually beneficial relationship.”

Brickbats are unfounded and few people really know what the team is going through, skipper says
Sport
8 months ago
Next Article