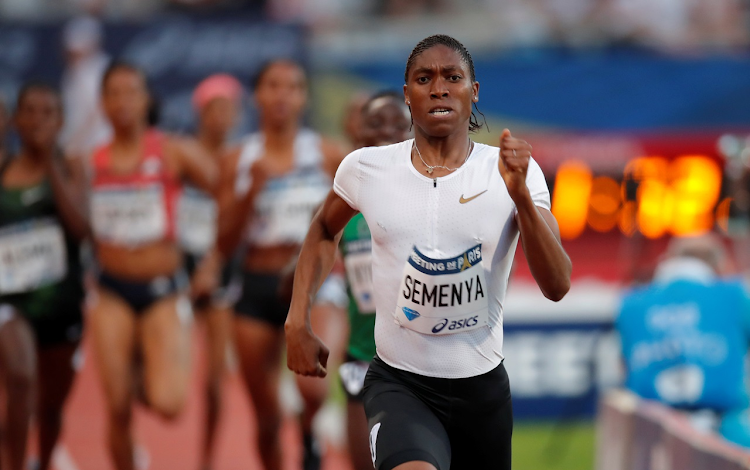 Wayde van Niekerk and Caster Semenya are set to be in action in Eugene, Oregon, on Wednesday (Thursday morning SA time), five years after they last competed on the same day at a world championships.

But their battlegrounds have shifted.

Van Niekerk, still on the comeback trail, is attempting to give SA a trifecta of world championship sprint finalists with Akani Simbine and Luxolo Adams winning spots in the 100m and 200m races.

It would be the first time that three SA sprinters have won spots in those three eight-lane finals, though at London 2017 Van Niekerk made the podium in both the 400m and 200m. Simbine finished fifth in the 100m five years ago, just as he did in Eugene at the weekend.

In 2017, Van Niekerk and Semenya were medal machines, winning four of SA’s six gongs, with the other two coming from long-jumpers Luvo Manyonga and Ruswahl Samaai. Manyonga is serving a doping ban and Samaai failed to advance past the qualifying round in Eugene.

That year Van Niekerk retained the 400m world title he had won in Beijing in 2015 and then took silver in the 200m, his final race of the London meet.

On the same day Semenya, having already won the 1,500m bronze in London, competed in the heats of the women’s 800m that she went on to win a few days later.

This time about, Van Niekerk, who injured his right knee soon after the 2017 championships, is not a certainty to make the podium, though he’s still fighting to get back to the top.

Semenya, having abandoned the 800m after World Athletics implemented its new gender eligibility rules in 2019, has no chance of a medal in the 5,000m, a relatively new event for her.  In fact, she has almost no chance of advancing beyond the heats.

Semenya was invited to the meet only after some higher-placed qualifiers had withdrawn from the event. Her 15min 31.50sec personal best ranks her 17th out of the 18 competitors in her heat and 35th out of the 37 listed starters overall.

But on the off-chance that her more fancied rivals make a tactical race of it, slowing things down, Semenya’s last-lap kick will be hard to match.

To run any distance from 400m to 1,500m, Semenya would have to take medication to lower her naturally high levels of testosterone. She has refused and has challenged the regulations legally, taking her latest fight to the European Court of Human Rights.

Her presence in Eugene will serve as a reminder to World Athletics bosses that her battle isn’t over.