Nadal focuses on next French Open challenge after eliminating Djokovic 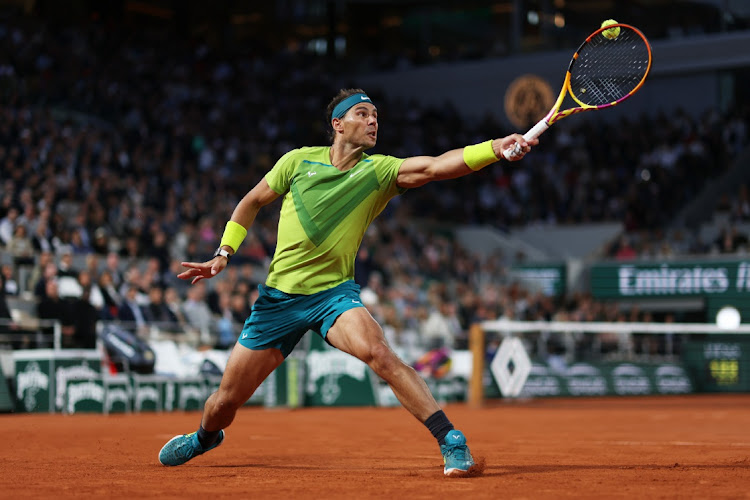 Rafael Nadal stretches to play a backhand against Novak Djokovic during the 2022 French Open at Roland Garros on May 31 2022 in Paris, France. Picture: GETTY IMAGES/CLIVE BRUNSKILL

Paris — Knowing this French Open could be his last, Rafael Nadal had already turned his thoughts to his Roland Garros semifinal match minutes after beating Novak Djokovic in an epic quarterfinal on Tuesday.

The 13-time French Open champion is chasing a record-extending 22nd men’s Grand Slam title. But time might be running out for the Spaniard, who has been suffering from a chronic foot injury that had put his participation in the clay-court Major in doubt.

The 35-year-old said that the presence of his personal doctor to “do things that help” made sure he could play in Paris, although he is unsure of what will come next.

“I have what I have there in the foot, so if we are not able to find an improvement or a small solution on that, then it’s becoming super difficult for me, no. So that’s it.”

Until then, Nadal is already focusing on his next challenge — a semifinal against German third seed Alexander Zverev.

“In the end it has been a very emotional night for me. I am still playing for nights like today. But it is just a quarterfinals match,” he said.

“So I just gave myself a chance to be back on court in two days, [to] play another semifinal here at Roland Garros means a lot to me.”

Nadal said if he loses to Zverev, it would not be because of a lack of focus.

“I am not the kind of guy and player that emotionally goes high and low. I am very stable, I think, emotionally.”