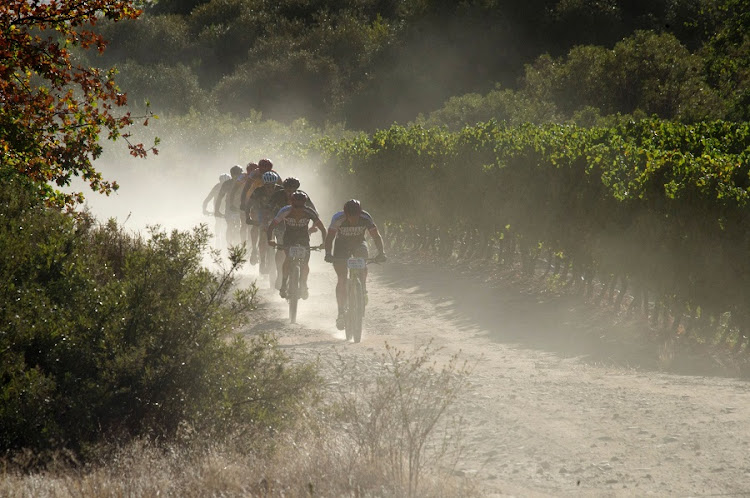 When one of the favourites to win the elite women’s title at the Absa Cape Epic mountain bike race that starts on Sunday did not know she and her partner were considered favourites to win, you might surmise that this may be one of the most open races in years.

SA’s Candice Lill and Mariske Strauss (Faces CST) have teamed up and are regarded as contenders for the elite title as well as the Absa African jersey for the best-finishing African squad at the eight-day Epic, which is taking place in October after it was cancelled last year and postponed from March due to the pandemic.

“I didn’t know we were the favourites,” Lill, who took second in the elite class in 2019, told the race website. “Honestly, that doesn’t put any pressure on me. We know what we are capable of together and believe that we can win, regardless of what others think. We are both very motivated for this one for many reasons and it would be super cool to bring it home for South African women.

“We all want to see an exciting women’s race. Annika [Langvad, the five-time Epic winner from Denmark] was always a strong and smart competitor at the Cape Epic, and I’m sure there will be other women who step up to follow in her footsteps. With her retirement though, I think it makes the women’s race wide open as to who will win. In my mind there’s no clear favourite.”

.The pair have won stages at the Epic in the past and have ridden the event eight times between them, but they will face stiff competition from 2017 champion Jennie Stenerhag of Sweden — no stranger to Stellenbosch — who is racing with SA’s Amy McDougall (Team Fairtree). McDougall won the African jersey with Lill in 2018.

“It has been a different preparation for this Epic compared to other years,” said Stenerhag, who only arrived in SA 10 days before the race.

“But I feel I know the route for this year’s edition better than ever before, since I prepared a lot on this route ahead of the 2020 race. I also rode every stage during the planned 2020 Epic week, since the route was open and marked. Also, because it’s so close to ‘home’ and I have raced a lot in the area over the years, I know these trails very well.”

And there are yet more favourites, and while SA’s Robyn de Groot and Switzerland’s Ariane Lüthi (Team Salusmed) are talking themselves down, their form coming into the race is strong, having won the Swiss Epic by taking victory in all five stages. Luthi has won the women’s elite title three times and the mixed class three times.

“Despite being fierce rivals over the years, we have also come to know one another well and developed a good friendship over the years,” said De Groot.

“I suppose we have always had huge respect for one another and what we stand for. The opportunity to race the Swiss Epic, in Graubünden, came about when Ariane’s sponsors, Gabriel Technologie, came on board just as I landed in Europe. After a successful Swiss Epic, Ariane and her sponsors had a brainstorm as to how it would be possible to make the Cape Epic happen for us as a team this year.”

Sina Frei of Switzerland and Austrian Laura Stigger are 24 and 21 respectively, but with a silver medal from the Tokyo Olympics and World Championship victory this year, Frei could surprise.

“The World Champion title gave me a lot of motivation to finish the season on a high,” said Frei. “But of course, racing the Cape Epic will be very different to contesting for the XCC World title. The stages are much longer but I will try to take the XCC ground speed into the Cape Epic.”

The men’s race is similarly open, though SA’s best shot at a win, Alan Hatherly, was stopped before it began when his Team Cannondale partner, Simon Andreassen of Denmark, had to undergo an emergency appendectomy just after landing in SA.

Get the inside track on the thrill of mountain biking

Get the inside track on the thrill of mountain biking