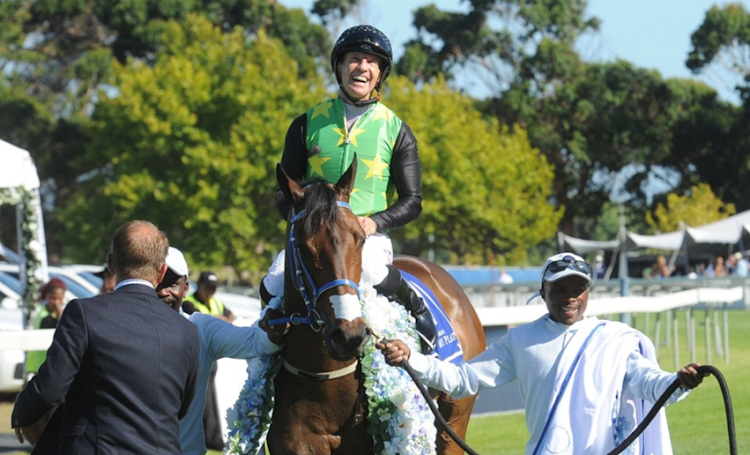 Could Anton Marcus return to the saddle with a five-timer at Hollywoodbets Scottsville on Saturday? It’s not an impossibility as the former champion will have picked his comeback rides carefully.

Sidelined throughout the KwaZulu-Natal champions season because of knee surgery, Marcus will be keen to get back among the winners but is an unlikely jockeys title contender. Punters would be wasting their money taking the 55-1 on offer.

The fare at both Scottsville on Saturday and Turffontein on Sunday falls into the moderate category which is why later in the column there is an in-depth look at the richest handicap in the world — the £500,000  Ebor Handicap at York off at 4.35pm SA time on Saturday.

Paul Lafferty can supply Marcus with a winning ride in Scottsville’s first race as three-year-old Specially Selected is overdue to leave the maiden ranks. He had his first three runs with the Michael Azzie team in Gauteng before failing to justify favouritism (for the third time!) at the Maritzburg track a fortnight ago.

It will be interesting to see if there is any market support for the first-timers which include a Captain Of All colt from Duncan Howell’s stable and a son of What A Winter from Mike Miller’s yard.

A double coupling Specially Selected with Marcus’s fourth-race mount, Hasta Manana, could be the safest route as Gareth van Zyl’s son of William Longsword reverts to maiden company after finishing seventh behind Good Traveller in the grade 1 Premier’s Champion Stakes. His only danger looks to be the Justin Snaith inmate Silver Stardust.

Prince Of Taranto is a lightly raced son of Crusade trained by Tony Rivalland and the four-year-old’s latest run behind Indy Go — now with Jarett Rugg in the Eastern Cape — suggests he will contest the finish of the fifth race. Marcus can expect challenges from Tromso and Denis Drier’s five-year-old Tonightsfightnight.

The nine-race card at Turffontein on Sunday does not set the pulses racing, but Sean Tarry seems to have a progressive three-year-old in recent course winner Fisher King.

The gelded son of Willow Magic takes on just six rivals in the third race and — with a light weight — should post his third win en route to better things.

Full Velocity and Grappler are two other form runners from the Tarry stable, though the latter could be fully tested by Irfaans Boy in the sixth race if Ashley Fortune’s three-year-old produces the form which saw him run second to Good Traveller at Scottsville in May.

UK trainer William Haggas — a frequent visitor to SA — will bid to win Saturday’s Ebor Handicap at York with either Ilaraab or Hamish, who was bred by his father, Brian.

Hamish hasn’t been seen in action since finishing fourth in the Hardwicke Stakes at Royal Ascot in 2020, but there has been big support for him in the ante-post market. Both he and Ilaraab have won twice on the Knavesmire.

Haggas told the media: “Hamish has been off for a long time, but he's a good horse who has trained well so he's ready to roll. But we won't risk him if the ground is firm.”

Another well-backed horse in the market is the interestingly named Sonnyboyliston who makes the journey from Johnny Murtagh’s yard in Ireland. Trainer Willie Mullins is hoping his charge, Saldier, makes the cut for the 22-runner field.

Mullins has also entered Mr Leinster and said: “We’ve had the Ebor in mind for him for a while and I’m very happy with him.”

Alan King’s runners always have to be feared in big handicaps and his runner, On To Victory, looks worth an each-way punt at 22-1.