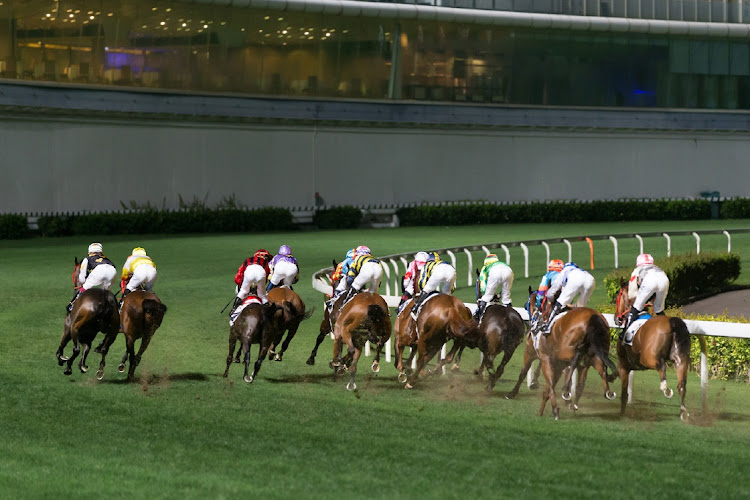 Only elderly racing fans will remember Rick Nelson’s 1961 hit song I’m a Travelin’ Man but the word travel is highly relevant for the two Bloodstock SA Cup races at Turffontein on Saturday.

Several of the country’s best juveniles — including William Robertson, Supreme Quest and Gaudis Masterpiece — raced at Greyville just a week ago and since then have had the long haul back to Gauteng.

It begs the question: will the fatigue of these hours on the road affect their performances at the city track?

Obviously, if trainers do not withdraw their charges in the next 24 hours it will indicate they feel their runners — now three-year-olds — are none the worse for the journey.

Corné Spies, who trains William Robertson and Supreme Quest, might wait until Saturday morning to make a final decision.

William Robertson was this column’s strong fancy for the Premiers Champion Stakes and the Spies inmate gave his backers a good run for his money by finishing third behind Good Traveller. Those losses can be recouped on Saturday.

The most interested observer will be the owner of William Robertson’s full-brother who will come under the hammer at the National Two Year Old Sale at Germiston on August 20. The colt has been consigned by Boland Stud (as agent).

Justin Snaith’s Vercingetorix colt, Gaudis Masterpiece, finished three lengths behind William Robertson a week ago so there is no reason he should turn the tables.

This leaves Bard Of Avon — the early 11-10 favourite — as the chief threat to William Robertson and he has had more than a month to get over his trip to KwaZulu-Natal and victory in the Bloodstock SA Sales Cup on July day. On that occasion, he beat William Robertson by three parts of a length but Lyle Hewitson’s mount was drawn on the beachfront.

Ashley Fortune will know that Aldo Domeyer will get the best out of her son of Var so expect strong support for this R260,000 purchase.

Roy Magner will fancy his chances of taking a decent cheque — there is prize money down to sixth place — as his Twice Over colt Team Gold finished a close fourth behind Bard Of Avon at Greyville.

In the sixth race, the Bloodstock SA Sales Cup for Fillies, it is the same travelling story for another Spies inmate, Supreme Quest, who was involved in the unbelievable finish with Rain In Holland in last weekend’s Thekwini Stakes.

Strictly on merit ratings, she gives the Spies stable the chance of a feature race double as the filly’s rating of 102 is 14 points superior to Big Burn whom she beat three lengths on July day. They meet again on identical terms.

Nevertheless, it is likely Paul Peter will fancy his chances of gaining his revenge as, like Bard Of Avon, his R300,000 daughter of Elusive Fort has had time to recover from her journey.

Jockey Keagan De Melo rode 113 winners last season and he flies to the highveld to partner Mike’s Chick for the second time. The filly made a satisfactory debut at the Vaal so can earn a place cheque.

Hopefully, the Spies duo will fare better than Rick Nelson who — at the age of 45 — was killed in a plane crash in Texas in 1985.

There is an interesting jockey booking in Saturday’s fifth race with KwaZulu-Natal-based rider Tristan Godden booked for Weiho Marwing’s four-year-old Freedom Seeker. The defeats for the Aussie-bred on the highveld have contributed to a frosty relation with my bank manager, but perhaps this well-bred son of Stratum should be given one last chance.

This is a race in which the check of the market is imperative. Sean Tarry’s runner Silver Tycoon romped home by six lengths on his debut last December but has not been seen in action since then. He has been priced up the 15-20 favourite. No question Silver Tycoon has the pedigree to defeat this field with the minimum of fuss.

There is a nine-race card at Hollywoodbets Scottsville on Sunday and the topliner is the Off To Stud Stakes in which Duncan Howell’s runner Quepid could repay each-way support.

Cape jockey, who was  sidelined in recent weeks with a broken thumb, makes a surprise visit to the Vaal on Tuesday
Sport
10 months ago