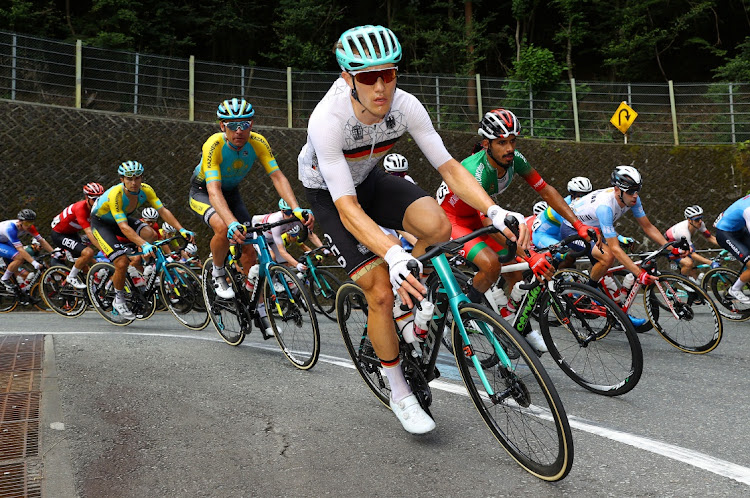 Tokyo  — The sporting director of the German cycling federation has been told to return home from the Tokyo Olympics after making racist remarks during Wednesday’s men’s Olympic road time trial, the Germany team said on Thursday.

Moster had made the remarks during the event as he tried to urge on one of Germany’s cyclists.

“The team leadership at the Olympic Games in Tokyo has decided that Patrick Moster cannot continue his work as national team leader Cycling and will return to Germany,” the team said in a statement.

Moster apologised later, blaming his remarks on “the heat of the moment”, and said he was not a racist.

Arndt, who finished the time trial in 19th place, said he had been appalled by his sports director’s “unacceptable” comments.

It took the German Olympic Committee about 24 hours to issue a statement on the incident, raising questions about the delay in handling the case when the International Cycling Federation (UCI) had condemned his comments on Wednesday.

The German committee eventually said it was no longer possible to keep Moster in Tokyo after his comments caused a furore at the Games as well as back home.

“We continue to be convinced that his public apology yesterday following his racist remarks was genuine,” DOSB president Alfons Hoermann said. “But with his lapse Mr Moster went against the Olympic values. Fair play, respect and tolerance are non-negotiable for Team D.”

The UCI issued a statement later on Thursday saying it had provisionally suspended Moster after a disciplinary commission decided his remarks were discriminatory and contrary to basic rules of decency.

“The UCI condemns all forms of racist and discriminatory behaviour and strives to ensure integrity, diversity and equality in cycling,” the organisation said.

The International Olympic Committee (IOC) said it welcomed the decision to send Moster home, after contacting the DOSB on Thursday.

“The IOC contacted the German Olympic Sports Confederation this morning and inquired about the issue around the Sports Director of the German Cycling Federation,” the IOC said in a statement.

“We welcome the swift reaction of [the German committee] not to let him continue in his role and asking him to leave Tokyo to return back to Germany. Comments such as these have no place at the Olympic Games.”

When asked by Reuters, IOC officials said the Olympic body had told the German body it would need to see a decision on the matter by Thursday afternoon and would reserve the right for potential disciplinary proceedings depending on the outcome, piling pressure on German committee.

SA's teams are having a torrid time in Tokyo, with victory over Germany changing our luck
Opinion
1 month ago