Can the international team defy the odds and triumph over the long-time champs? 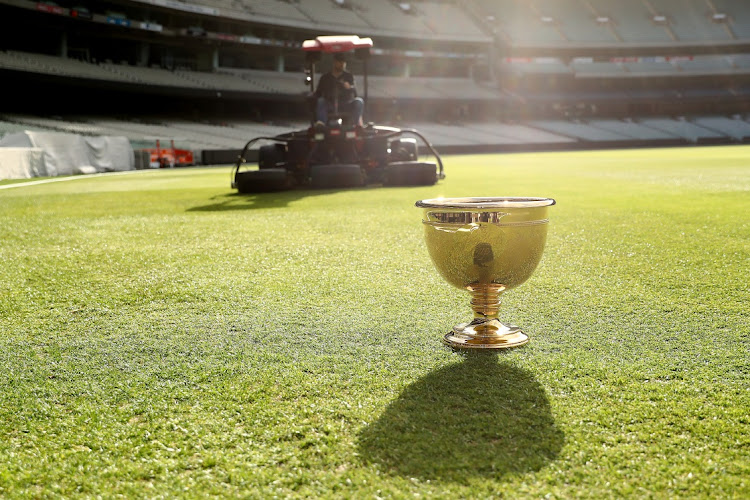 It’s probably too early to get excited about it, but the international team is starting to take shape for 2022’s Presidents Cup and, with 18 months to go, there is already some jostling for places in the 12-man team.

Could this really be the tournament where the Rest of the World team finally manages to get a win?

Traditionally, the internationals have been no match for the US team superstars, and their record of one win, one draw and 10 losses is hard to swallow.

It’s not hard to work out why the Stars and Stripes are so dominant. The US players are pretty much all in the top 20 of the world rankings, whereas the top-ranked international player, Hideki Matsuyama, is only 15th. Also, the internationals face the challenge of mixing several different cultures and languages in a team environment.

So why would I think that the international team, currently on an eight-match losing streak, has any chance at Quail Hollow next year?

Despite being properly outclassed on paper, the Europeans have been able to get the rub on their US counterparts in nine of the last 12 Ryder Cups because, when it comes to team events like this, the whole tends to be greater than the sum of its parts.

At Royal Melbourne in 2019, under Ernie Els’s stewardship, we saw green shoots of belief emerging.

While the team did not get the much-needed win, what Els did so well was to create a fun team environment that, regardless of the result, made those who experienced it desperate to return. By the looks of things, the core of that 2019 team will be back in 2022, while those on the fringes are highly motivated to qualify for the squad.

In some ways it is a shame that Els will not continue to build on his fine work as captain but, in Trevor Immelman, the internationals have a young, energetic leader with Major-winning pedigree who has experienced the event both as a player (in 2005 and 2007) and as an assistant captain (2019).

The 40-year-old also served as captain of the Junior Presidents Cup team in 2017.

While Immelman has a mammoth task ahead, he should be taking positives from the shape his team is starting to take. Already it appears to be a healthy mix of youth and experience, with buzzing young talents such as Joaquin Niemann and Sungjae Im balanced by battle-hardened, grizzled veterans such as Adam Scott, Louis Oosthuizen and Marc Leishman.

Based on current form, world No 51 Garrick Higgo would walk into the team. The 22-year-old has just completed a three-week European Tour swing in the Canary Islands where he was a cumulative 68 under par, with two wins and a tie for eighth. If he qualifies for the team, Higgo will become the first player to play in both the Junior Presidents Cup and the Presidents Cup proper — both under the captaincy of Immelman.

Mexico’s Abraham Ancer, the joint top scorer at the 2019 Presidents Cup, finished runner-up to Rory McIlroy at the recent Wells Fargo Championship at Quail Hollow. Given that he lies second on the PGA Tour for driving accuracy, he will be a key player, particularly in foursomes.

Cameron Smith is another player who has performed consistently over the past two years and the 27-year-old Aussie is now ranked 25th in the world.

More importantly, he has shown himself to be a scrapper and a fine match-play player. He partnered Leishman to victory in the Zurich Classic, and in this duo the internationals have a pairing that will be tough to beat.

A concern for Immelman must be the prodigious length that most of the US team hit the ball. No doubt they will want to play to their strength and will, as they have done in the past, set the course up to favour the bombers.

While Masters champion Matsuyama and Canadian Corey Conners are ball-striking machines, they rank 97th and 117th respectively on the PGA Tour’s driving distance.

This could open the door for recent Dimension Data Pro Am champion Wilco Nienaber to be a surprise captain’s pick for Immelman.

As the European Tour’s longest driver, can you imagine letting him loose in the betterball format? The 21-year-old is not afraid of making birdies and eagles and, with four reachable par fives and two drivable par fours, Quail Hollow seems made for him.

And, speaking of captain’s picks, there are plenty of options available to Immelman, who will be able to select four players from outside the qualification rankings.

Aussie Jason Day, Mexico’s Carlos Ortiz, Si Woo Kim from Korea and Emiliano Grillo from Argentina are all in contention, as are our own Christiaan Bezuidenhout, Danie van Tonder, Branden Grace and Charl Schwartzel.

I believe this group of players has the firepower to cause an upset and break the American stranglehold on the Presidents Cup. And I can only imagine the party after they do …

My international team (if I could pick it today):

Many of them were late bloomers and near champs, and a number of women swung like the best of them
Sport
2 months ago