Aussies edge out Oosthuizen and Schwartzel at Zurich Classic 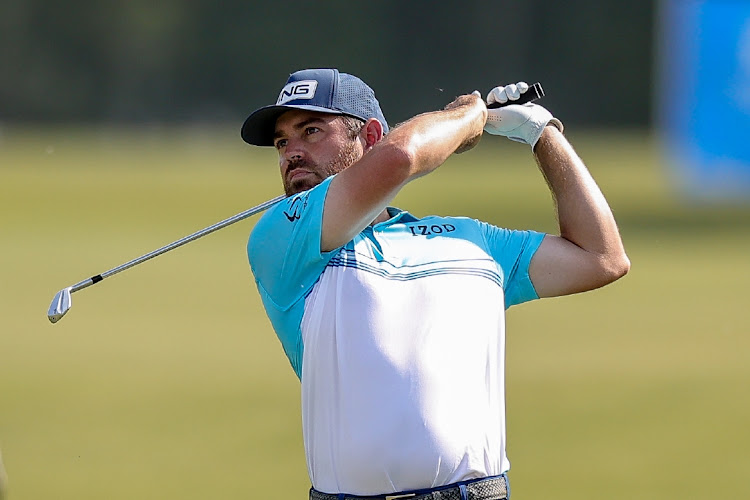 Louis Oosthuizen plays from the fairway at the Zurich Classic of New Orleans golf tournament in Avondale, Louisiana, the US, April 24 2021. Picture: STEPHEN LEW/USATODAY SPORT

Avondale, Louisiana — In the only team event on the PGA Tour, Sunday’s final round became a battle between Australia and SA and required more than 72 holes to decide a winner.

Both teams finished the final round at 20 under, with each side missing a birdie putt on the 18th green. They headed back up to the 18th tee to begin the playoff. Oosthuizen, playing first, watched his tee shot take a right turn into the water.

The Oosthuizen-Schwartzel team took a penalty stroke and left the door wide open for Leishman and Smith, who went on to win with a two-putt par.

It was Smith’s second win at the Zurich Classic. In 2017 he and Jonas Blixt won the first edition of the tournament in the team format. All three of Smith’s career wins on the PGA Tour have come in playoffs.

The Australians entered Sunday one stroke behind Oosthuizen and Schwartzel and played alongside them in the final group of the day. Leishman-Smith jumped out to a two-stroke lead on the back nine on their way to carding a 2-under 70.

Oosthuizen-Schwartzel posted a 71. A bogey on No 10 for the South Africans and a birdie by the Australians the following hole shook up the leader board, with Leishman-Smith moving to 22 under and a two-shot advantage.

Leishman’s tee shot on No 13 nestled under the famous cypress in the middle of the fairway. Smith took a drop and later sank a 7ft 9in bogey putt to limit the damage.

At the same time, Schwartzel missed a makeable birdie opportunity that would have drawn the teams even. But a two-stroke swing eventually occurred on No 15.

Schwartzel redeemed himself by making a birdie of nearly 15ft while Smith missed a par, and the teams switched places on the leader board, with the South Africans returning to 21 under.

Leishman and Smith birdied No 16 to tie the lead again and both teams made bogey on the tough par-3 17th, eventually leading to the playoff.

Richy Werenski and Peter Uihlein of the US, the only team to score in the 60s all four rounds, finished 19 under for third place. Three more teams of Americans tied for fourth at 18 under: Billy Horschel-Sam Burns, Keith Mitchell-Brandt Snedeker and Keegan Bradley-Brendan Steele.

The teams played best ball in the first and third rounds and alternate-shot foursomes in the second and fourth rounds.

Youngster finishes a flawless round with a two-putt birdie on the last hole, holding off a spirited challenge from Maximilian Kieffer
Sport
9 months ago