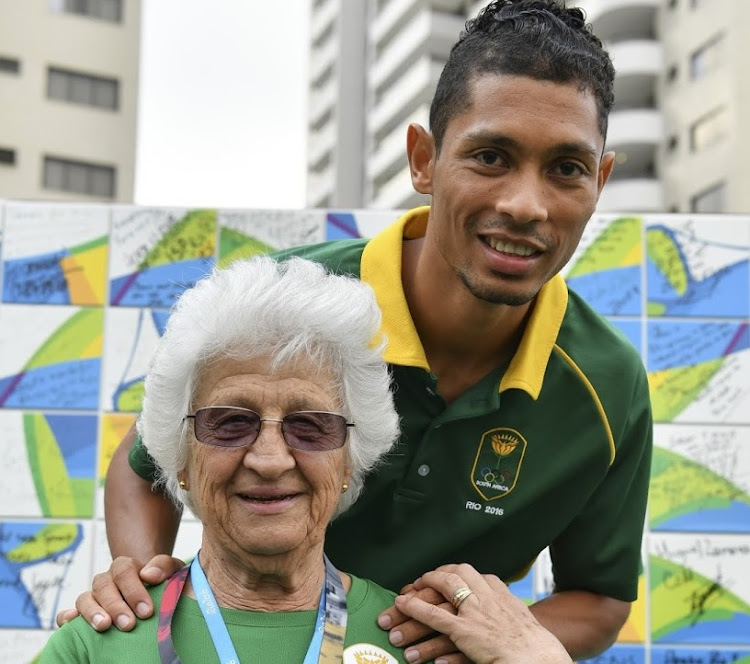 Celebrated athletics coach tannie Ans Botha has opened up about her parting of ways with long-time protégée Wayde van Niekerk a few days ago and insisted there is no bad blood between them.

Van Niekerk’s record in Rio de Janeiro bettered US sprinter Michael Johnson’s 17-year-old mark of 43.18. The athlete announced  he would link up with a powerful training group in the US featuring 200m world champion Noah Lyles.

“I can only say that there is no ill-feeling between me and Wayde‚” Botha said. “I wish him all the best and happiness in the future. There are no problems between me and him because he has joined another coach. I knew about this move for quite a while before it was announced.

“I am happy that I have contributed something to his professional and personal life. There was a media release last week about this and I don’t have anything more to say.”

Van Niekerk will be working with sprint coach Lance Brauman in Claremont‚ Florida‚ where he will train alongside Lyles and women’s Olympic 400m champion Shaunae Miller-Uibo.

He has missed major championships in the past few years after tearing his anterior cruciate ligament (ACL) during a charity rugby match. He would have likely missed out on the Tokyo Olympics had the event taken place in 2020 as originally planned.