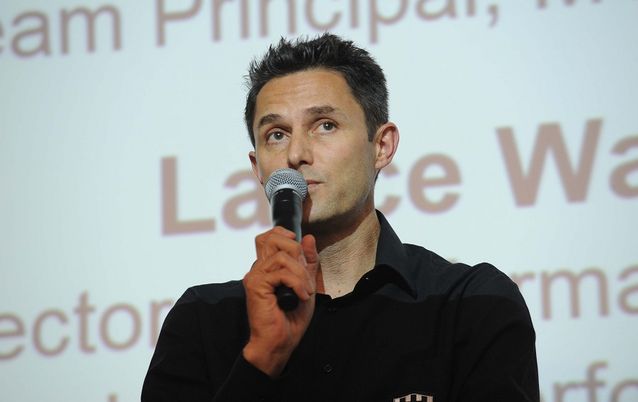 It looks as if Douglas Ryder has managed to save his SA-registered WorldTour team, according to reports on Thursday.

The Cyclingnews website reported that Assos, the Swiss cycling apparel giant, will provide financial backing for the team for the next two years. Assos is now the apparel sponsors of Ryder’s NTT Pro Cycling team.

“At this stage, a title sponsor is still unclear with reports already in the media that the Qhubeka charity will become the leading name of the squad while Assos help fund the €8m operation,’” reported Cyclingnews.

“Cyclingnews understands that the clothing brand were keen to build on an already existing relationship with the squad and could still be listed as a co-sponsor.”

Ryder has been searching for a sponsor since NTT, the Japanese parent company of Dimension Data, announced in September it would not be renewing its backing of his team. He had remained confident of finding a new backer despite the tough economic times.

He has had a reputation as a salesman during his time as a cycling team owner, having managed to sell his dream of an African-registered and sponsored team to MTN and Dimension Data, among others.

“When we announced that we needed a new partner, the response has been unbelievable from all over the world,” Ryder said recently. “Our social media presence has been incredible in terms of people just trying to support us. We have people from the US to Australia and everything in between loving this team and wanting to get involved, trying to make a difference, and trying to connect with us.

“It is tough in the world today economically, and some businesses are really struggling, and some aren’t. But we are very close to being on the road next year.”

Assos and the cycling industry in general are experiencing a boom period during the Covid-19 pandemic, with governments promoting it as an accessible form of transport as well as exercise.

Assos has never taken on the full financial backing for a team nor been a name sponsor, so it would be a considerable move for it. The team is also co-sponsored by Swiss bicycle supplier BMC, who once was the name sponsor of its own WorldTour outfit.

BMC is understood to be staying with the team as bicycle supplier, but it is not known if it will increase its financial backing.

Having haemorrhaged some of his leading riders from 2020, Ryder and his team have approached riders to sign for 2021. Norway’s Edvald Boasson Hagen has left for Total Direct Energie after five years with Ryder, while Dane Michael Valgren is joining EF Pro Cycling.

SA champion Ryan Gibbons has signed a two-year contract with UAE-Emirates, while Ben O’Connor, the Australian who won the 16th stage of this year’s Giro d’Italia, has gone to France’s Ag2r-Citroën and Rasmus Tiller is on his way to Uno-X Pro Cycling Team.

Louis Meintjes, the South African who has twice finished eighth in the Tour de France, is rumoured to be a target of Belgian team Circus-Wanty Gobert, who are moving up to WorldTour level in 2021.

Max Walscheid, Domenico Pozzovivo, Andreas Stokbro, Michael Gogl, Dylan Sunderland and Victor Campenaerts have apparently signed with Ryder through to 2022, while South Africans Jay Thomson, Reinardt Janse van Rensburg and Nic Dlamini will be with the team next year.

Cyclingnews reported that the team had approached Australian Simon Clarke, who won the King of the Mountains category at the Vuelta a Espana in 2012 and has stage wins across all three grand tours. They are also said to be in contact with Italian Fabio Aru, who won the Vuelta in 2015 and, like Clarke, has stage victories in all of the grand tours.

How to train for Everesting

How to prepare for Everesting, the pinnacle of endurance cycling