NEIL MANTHORP: Proteas need to win more games to get more games against the ‘big three’

When Dean Elgar leads the Test team out at Lord’s on August 17, a lot will be at stake 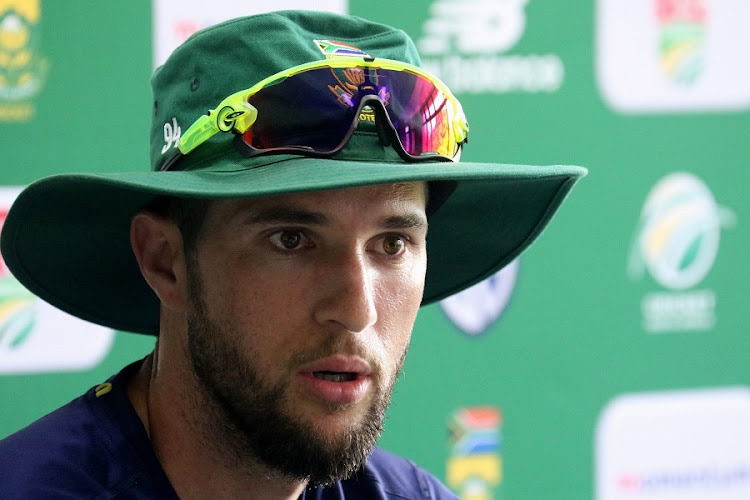 The immediate value of the T20 International series in India may not be obvious to most cricket followers outside of India for whom any international cricket, with or without context, is welcome. And indeed, it provided some fine entertainment for anybody who had the time and inclination to watch.

From a cricketing perspective some questions were answered, some were not and a few more were raised. Wayne Parnell’s return to international cricket after a five-year hiatus is no longer an experiment. His power-play and “death” bowling was outstanding and one of the highlights of the series for the Proteas.

Heinrich Klaasen confirmed that he may well be the best reserve wicketkeeper-batsman in the world and is perfectly able to play as a specialist batsman if needed. The maturity and consistency David Miller produced during the Gujarat Titans’ successful Indian Premier League campaign continued and he is now the rock around which the batting order should be constructed.

Rassie van der Dussen produced a match-winning innings of remarkable contrasts, remaining in run-a-ball mode for a bewilderingly long time chasing a record 212 for victory before exploding into life with 45 runs from his final 14 balls, making light work of an asking rate of more than 14 runs per over. Will that modus operandi provide the best chance of victory during a World Cup?

Unless captain Temba Bavuma is able to inject some more urgency into his role as opening batsman, the Proteas ship runs the risk of floundering before it has left the harbour with Van der Dussen batting at No 3. “Cautious and steady” up front and keeping wickets in hand for an explosion of big-hitting at the end of the innings is yesterday’s tactic.

Spinners Tabraiz Shamsi and Keshav Maharaj were ineffective against Indian batsmen on Indian pitches, but that should not worry them or the coaches because the T20 World Cup is taking place in Australia in October and November. There will be more bounce available and bigger boundaries to dissuade batsmen from regular risk-taking.

So what was the point of this series? The BCCI (Board of Control for Cricket in India) has already agreed to two “extra” tours of SA to help Cricket SA out of its current financial predicament, but both have been postponed because of Covid-19 and scheduling problems. The just completed tour was supposed to be a “return favour” to the Indian board, which needs to keep its major state associations happy with a regular supply of international fixtures.

If and when the Indian team do come to SA, they will combine the postponed tour from last September with the postponed four T20Is from their January visit to create a monster six-match series of T20Is sometime this summer, which could be worth a much-needed R300m to Cricket SA in television income.

The next cycle of the international Future Tours Programme is having the finishing touches applied before its implementation from 2023 to 2027. There will be a major men’s International Cricket Council event every year with two T20 World Cups interspersed with the ODI World Cup and the Test Championship final. A brief, unofficial glance at the draft document makes for uncomfortable reading.

India, England and Australia will play against each other on an almost annual basis across all three formats while the other six “major” Test-playing nations will be playing fewer Tests than ever before. India and England, having already set the precedent, are likely to continue fielding Test and limited-overs teams concurrently in order to meet the demands of the outrageous schedule that their dollar-hungry administrators not only agree to, but campaigned for.

SA fans will have to make do with as few as three Tests in some years, rising to seven in others, with the majority of series limited to just two matches.

There is only one way to change that — by winning them all. Or at least the majority. Counterintuitive as it may sound, beating the “big three” will result in more fixtures against them, not fewer. When SA became the No 1 ranked team in the world a decade ago they effectively kicked open the door to the private boardroom of big-three exclusivity, pulled up a chair and asked: “So, what’s happening?”

International TV production companies ultimately determine the nature of fixture lists based on the ratings they receive, and winning teams routinely enjoy large TV audiences. Which means they get more games.

So when Dean Elgar leads the team out at Lord’s for the first of three Tests on August 17, a lot will be at stake.  Not just a likely place in the World Test Championship final (almost certainly against Australia) back at the same venue this time next year, but the health and security of the entire format in SA for generations to come.