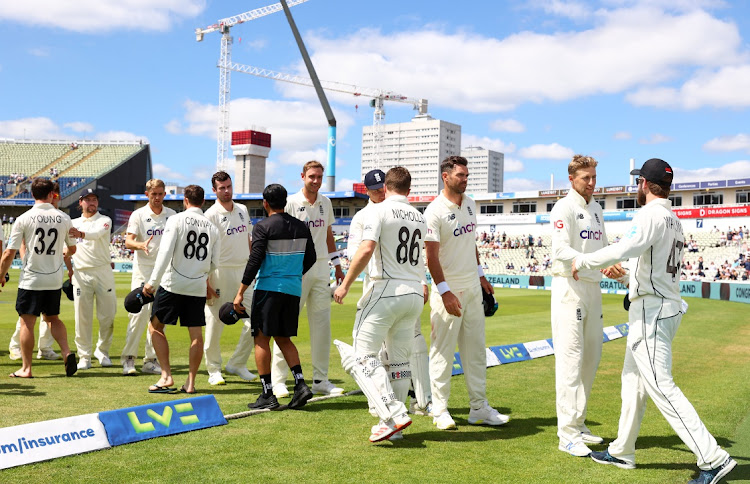 New Zealand crushed hosts England by eight wickets in the second and final Test on Sunday to seal a 1-0 series win after chasing down a target of 38 runs on the fourth day at Edgbaston.

The result meant New Zealand, who thoroughly outplayed the hosts in the match, secured a first Test series win in England since 1999 and only their third overall in the country.

England had been reduced to 122/9 at stumps on day three with a slender lead of 37 runs. Olly Stone was caught behind off Trent Boult on the first ball of the day on Sunday, leaving the visitors on the verge of a famous victory.

New Zealand lost Devon Conway for three after the opening batsman fished at a Stuart Broad delivery only to edge it to James Bracey before Will Young (8) played a ball on to his stumps off Stone to leave the visitors at 33/2.

Latham praised the squad’s depth after they came into the contest having made six changes from the drawn first Test at Lord’s.

“It’s great to have that performance under the belt. We were outstanding over the four days, everyone who came in did their roles,” Latham said.

“It’s fantastic for the depth of New Zealand cricket. Will Young [and] Matt Henry haven’t had much opportunity but the way they stood up was outstanding. England have a fantastic bowling attack and we played them really well. We adapted well and put good numbers on the board.”

“It hasn’t been our best week, has it? Credit to New Zealand they have outperformed us throughout the game,” he said.

“It’s a tough one to take because at the start of the week I thoroughly thought we could come here and win the series, but in all departments we could have been a little better if we’re being brutally honest.”

New Zealand will enjoy an extra day’s rest before they take on India in the ICC World Test Championship Final starting in Southampton on Friday.