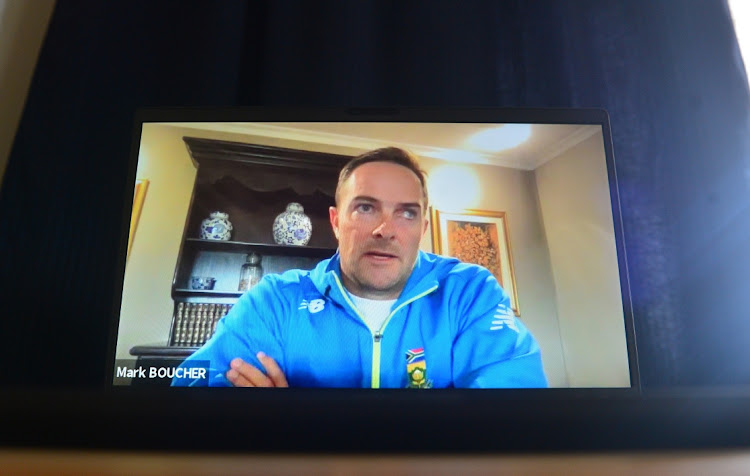 SA cricket coach Mark Boucher is not too worried about the stinging criticism of the Proteas’ recent string of poor results but has accepted responsibility for the below-par performances.

On Friday‚ the Proteas lost the T20 series to Pakistan, their eighth series defeat of 11 since Boucher took over in 2019. Since then six players have made their Test debuts as well as six ODI debuts and eight T20 debuts.

Boucher’s tenure coincided with the retirement of seasoned campaigners Faf du Plessis‚ Hashim Amla‚ Vernon Philander and JP Duminy and it doesn’t look like he and his think-tank are anywhere near having a solid team ahead of the T20 World Cup in October.

“I take a massive amount of responsibility. I don’t shy away from it and I have never shied away from something like that‚” he said.

“I am extremely hurt at the moment, as is the rest of my management and coaching staff. We have put a lot of work and effort into this and it’s not time to panic yet. If I worried about public opinion‚ I probably would have hanged myself a long time ago.

“I think we have stuck to our guns in what we believed is the right way to go about in the set-up,” he said, adding that there would be pressure “no matter what”.

“We understand that the public want to win but we are sticking to our guns‚ we are looking forward to getting our full-strength team again so that we can start building a strong squad that can go to the World Cup.”

Boucher added that the team is on the right path despite the ODI and T20 series loss to Pakistan at home.

“We have lost a couple of series and there are reasons for that. I am not going to make excuses because we still have to try and win with whatever side that we put on the park to represent the Proteas. It has been a lot tougher but ... there have been a lot of positives with opportunities being given and a couple of guys coming through with flying colours.”

During the series loss to Pakistan‚ SA were without captain Temba Bavuma‚ Quinton de Kock‚ Kagiso Rabada‚ Anrich Nortjé‚ Lungi Ngidi‚ David Miller and Rassie van der Dussen for some of the matches.

Boucher said it was a big loss being without Bavuma and Van der Dussen and the players who had gone to the Indian Premier League (IPL). But injuries and the IPL happened in sport “and we can’t control that”.

Of the players who came in, “there were a few who held their heads high. Though we lost as a team‚ I said there were some fantastic individual performances that we can be proud of.”

NEIL MANTHORP: Proteas’ slide down the world rankings will come with a heavy ...

NEIL MANTHORP: Proteas’ slide down the world rankings will come with a heavy ...