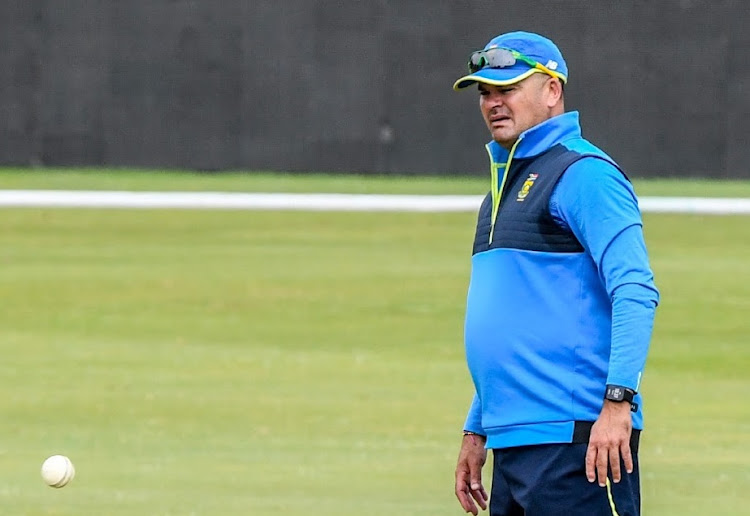 Proteas bowling coach Charl Langeveldt has laid out the team’s strategy to win the third and final match of the one-day international series against Pakistan in Centurion on Wednesday.

The series is tied at 1-1 after the tourists won the opening match in Centurion on Friday before the hosts drew level in an exciting Pink Day contest at the Wanderers in Johannesburg on Sunday.

“The strategy is to start well and bowl well in the middle period‚ and obviously that will take care of the back end‚” said 46-year-old Langeveldt‚ a former Proteas right-arm fast bowler who sent down 581 overs in his 72 ODIs that resulted in 100 wickets.

Langeveldt said the bowlers will be determined to have a good start in the decider at SuperSport Park to seal the series.

But he admitted the Pakistan batsman have so far proved to be a handful for the Proteas bowlers with the only two centurions of this series coming from the tourists’ camp.

“I think it would be nice if we can win the toss‚” chuckled Langeveldt‚ after Pakistan won the toss in both previous  matches. But in saying that‚ the game is not decided on a toss. We just have to bowl well.

“We started well [in both matches] and for some reason they [Pakistan batsmen] came hard at our bowling attack and first change bowlers‚ and that is the thing we need to improve if we want to win World Cups.

“The first change bowlers know their roles‚ which is to be able to control the run rate. Sometimes it is not about taking wickets but to get the run rate up and being consistent. We have talked long and hard about it and [on Wednesday] it is another opportunity for them to correct that.”

The Proteas will go into the series decider with a depleted squad.

Batting mainstays Quinton de Kock and David Miller‚ and front-line bowling trio Anrich Nortjé‚ Kagiso Rabada and Lungi Ngidi have deserted their national duties for the riches in the Indian Premier League (IPL)‚ which starts in Chennai on April 9.

The series against Pakistan will conclude on April 16.

Langeveldt said the unavailability of players is an opportunity for fringe squad players to stake their claim.

“It is a massive loss but in saying that‚ it is also an opportunity for the guys on the fringes. With the 2023 World Cup coming we want to see if our big names get injured or something‚ we have someone that can step up so it is a good opportunity for them.

“I think we did it against Australia when our new bowlers came into the game and they did well. [Wednesday] is another opportunity for the players to step up and perform.”

With Nortjé — the hero of seven wickets in the two matches — out, Langeveldt said the team will look to paceman Daryn Dupavillon.

The 26-year-old Dupavillon‚ who made his Proteas debut in the short format in March 2020‚ has impressed Langeveldt at training. “He has to be our enforcer. He has to do the job of Anrich Nortjé. He bowls quite quickly and brings something different‚” said Langeveldt.

“He needs to be a bit more aggressive‚ especially in the middle periods where we need to take wickets.

“He has been brilliant in the nets and has showed a lot of skill. He has been running in and bowling quickly‚ and that is what we are going to ask of him [on Wednesday]‚ to be our enforcer.”

I just wanted to spend time at the crease, says Temba Bavuma